The Labour leader outlined plans for a post-pandemic bounce back, including the introduction of a British recovery bond. 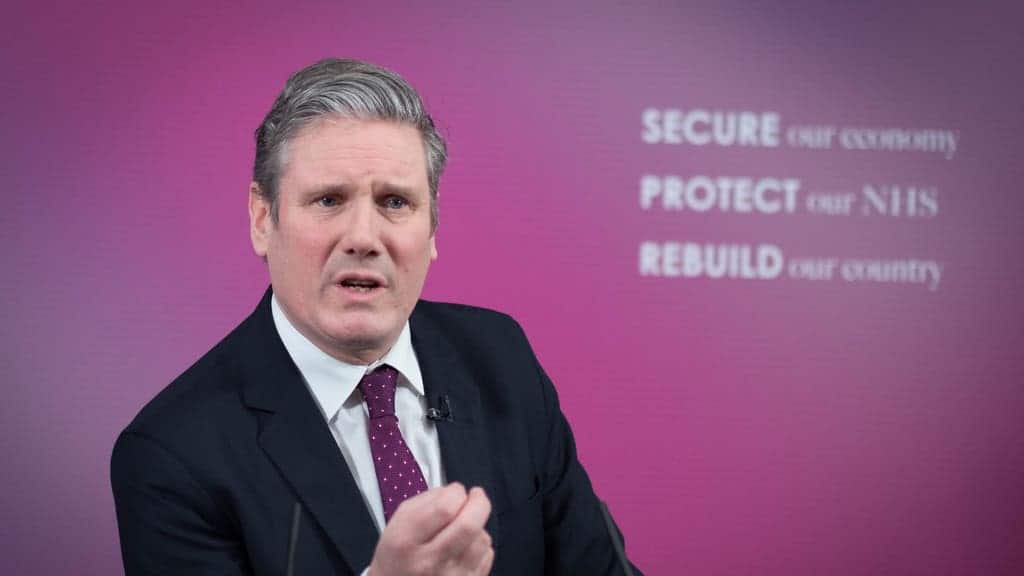 There was a largely lukewarm reaction to Sir Keir Starmer’s speech today after he called for a “new chapter” in the country’s history and laid bare the nation’s “fragilities”.

Caroline Lucas tweeted that we are “in more trouble than I thought” after the address, while Grace Blakeley said the Labour leader “pales in comparison to the post-war social democrats” he was comparing himself to.

It comes as Sir Keir likened Britain’s pandemic recovery to the post-war period, saying there is an “opportunity” to think creatively and to “forge a new contract with the British people”.

But Ash Sarkar hit out at the proposals, saying they don’t address the needs of much of Labour’s base, namely those of working age, tenants or city-dwellers.

In a nod to late Labour former prime minister Sir Harold Wilson, who said the party is “a moral crusade or it is nothing”, Starmer said: “Our moral crusade now is to address the inequalities and injustices that this crisis has so brutally exposed – and to build a better, more secure future.”

He said there is a “mood in the air” that Britain’s “collective sacrifice must lead to a better future” – akin, he said, to 1945 after the sacrifice of war.

It wasn’t a line that everybody could get on board with. Here’s the best of the reaction so far:

I’m as in favour of Recovery Bonds as the next person but if that’s extent of Starmer’s vision, we’re in more trouble than I thought
Where was the Green transformation we urgently need to avoid worst of next crisis as well creating jobs to tackle this one? https://t.co/3mgIBiYHBZ

Even if they've been able to save a bit over the lockdown, it's not comparable to the accumulation of billionaire wealth over the same time period.

It's strange appealing to this cohort of voters to fund the recovery when government borrowing is cheap, and wealth goes untaxed.

“I, like many socialists, would love to see a genuinely social democratic leader of the Labour Party…

But Keir Starmer pales in comparison to the post-war social democrats to whom he compares himself.”

Keir Starmer’s big idea – Recovery Bonds – is SELL TORY DEBT to LABOUR VOTERS. The Tories have been stealing public funds & Starmer proposes WE put the money back in the till. NO, tax the wealthy who’ve profited from the pandemic via fraudulent govt contracts ffs. #StarmerSpeech

How many times did @Keir_Starmer's speech refer to the North? Was it once or twice? @UKLabour still don't understand why they lost the last election.