The Labour leader used a major speech to announce a recovery bonds plan to boost the UK's post-Covid recovery. 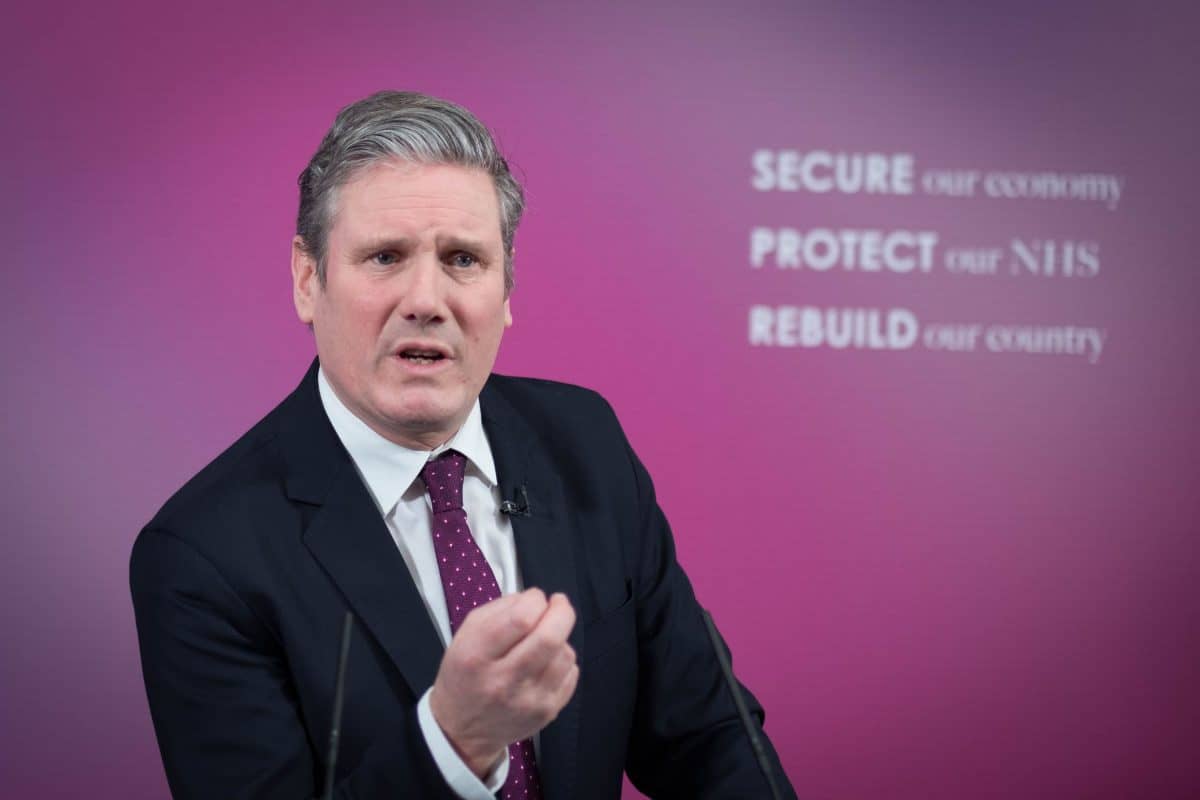 Sir Keir Starmer vowed to lead a “moral crusade” to address the inequities exposed by the coronavirus crisis, announcing plans for recovery bonds to give savers a stake in Britain’s future.

The Labour leader used a major speech to call for a “new chapter” in the country’s history after the pandemic laid bare the nation’s “fragilities”, saying: “We have to seize this moment to address them.”

“We can go back to the same insecure and unequal economy that’s been so cruelly exposed by the virus, or we can seize the moment, and go forward to a future that’s going to look utterly unlike the past,” Starmer said.

Comparing the recovery from Covid-19 to the post-war period, he used the virtual address in central London to say there is an “opportunity” to think creatively and to “forge a new contract with the British people”.

It would be similar to the NS&I premium bonds, Labour said, though the money would go directly to the coronavirus recovery – potentially raising “billions” of pounds.

The plan is similar to the idea of a post-coronavirus “northern recovery bond”, which was floated earlier this week by the Northern Research Group of Tory MPs and the Centre for Policy Studies – a thinktank co-founded by Margaret Thatcher.

Iin a nod to late Labour former prime minister Sir Harold Wilson, who said the party is “a moral crusade or it is nothing”, Starmer said: “Our moral crusade now is to address the inequalities and injustices that this crisis has so brutally exposed – and to build a better, more secure future.”

He said there is a “mood in the air” that Britain’s “collective sacrifice must lead to a better future” – akin, he said, to 1945 after the sacrifice of war.

“Starmer is right to say that the pandemic must mark a turning point for the UK’s economy and social contract. Covid-19 has exposed deep inequalities throughout our society, with thousands struggling to get by while the wealthy grow wealthier,” said Carys Roberts, executive director of the progressive IPPR thinktank.

“It’s true that 10 years of austerity weakened our public service and economy. But many of the UK’s economic problems go back decades, from low business investment to regional inequalities.

“The task for Labour now, if it wants to change people’s lives and put right injustices, is to build a bold policy agenda to fundamentally reform the economy and offer real security to all families.”

Sir Keir described next month’s Budget as presenting a “fork in the road”, and pledged that a Labour government would retain the £20-a-week uplift in Universal Credit, as well as ending the “insult” of a pay freeze for key workers.

“Both major parties are now vying to offer the change the country needs,” Roberts added. “Starmer has set the challenge at the chancellor’s feet for next’s month’s budget; all eyes are now on Sunak to see if he will take it.”

Sir Keir said Labour would provide local authorities with the necessary funding to prevent huge council tax rises, and he vowed to extend business rate relief and the VAT cut for hospitality and leisure.

On jobs, he pledged to extend and update the furlough scheme so it can better help people back into work, and said Labour would “fix” the Government’s Kickstart scheme. And the Labour leader announced plans to offer 100,000 start-up loans if he came to power.

He said: “If we’re honest, for too long Labour has failed to realise that the only way to deliver social justice and equality is through a strong partnership with business – under my leadership, that mind-set will change.

“That’s why, if I was prime minister, I’d back a new generation of British entrepreneurs by providing start-up loans for 100,000 new businesses across every region of the UK.”

Starmer heavily criticised the Government’s response to the Covid-19 pandemic, saying ministers have been “slow at every stage”, have “ignored advice” and “haven’t learnt from their mistakes”.

“Yet a Government out of its depth is not even half the story. The terrible damage caused by the virus to health and to prosperity has been made all the worse because the foundations of our society have been weakened over a decade,” he said.

Sir Keir said the wartime generation were “let down in their time of need”, and asked: “How can the Prime Minister now look those families in the eye and say ‘We did everything we could’?”