The Vote Leave architect’s rhetoric has come in for attention this week amid tense scenes in the Commons. 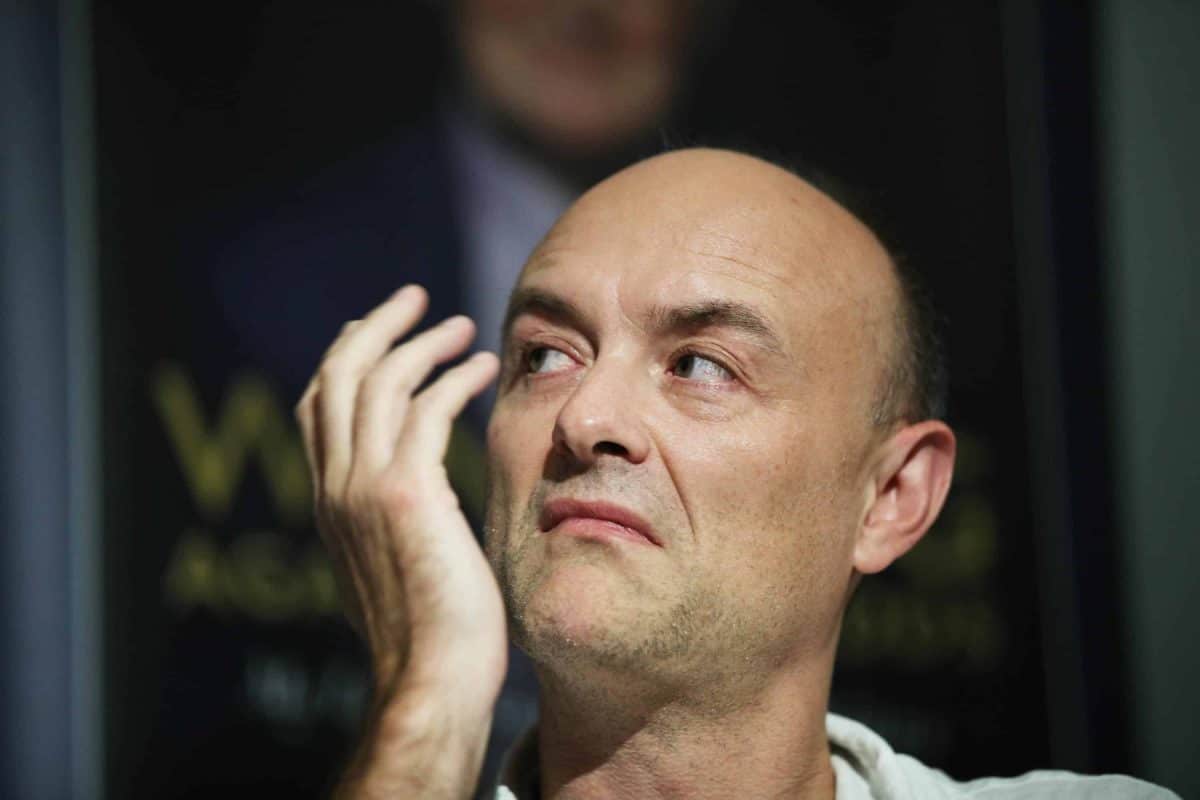 Boris Johnson’s de facto chief of staff has risked increasing tensions in Whitehall by dismissing concerns from MPs over the effects of the Prime Minister’s language.

When approached by Labour MP Karl Turner in Portcullis House to be told Mr Johnson’s recent remarks had led to death threats being levelled at parliamentarians, Dominic Cummings simply replied: “Back a deal, then.”

Controversies and caustic remarks have been hallmarks of Mr Johnson’s senior adviser, long before he started working at Number 10.

Born in Durham and educated at Oxford University, he rose to notoriety in politics first as an adviser to Michael Gove and then as campaign director at the official Brexit group.

Many will know him as the character played by Benedict Cumberbatch in the HBO/Channel 4 comedy-drama film Brexit, and for as his role in covering a red bus with the £350 million NHS claim.

That, or the Parliamentary contempt finding in March for failing to appear before MPs investigating so-called fake news.

Mr Cummings has been credited with creating the “take back control” slogan and criticised over the monetary figure advertised on the side of the bus which travelled the country.

He would later say the pledge was “necessary to win”.

The campaign group was also fined £61,000 for breaking the rules in the build-up to the vote.

Cummings is variously seen as a genius, a maverick, or as a source or ire.

He was once labelled a “career psychopath” by former prime minister David Cameron, according to widely-reported remarks.

But Mr Cummings is not shy of firing off an insult himself.

In 2017, he described David Davis, then the Brexit secretary, as “thick as mince, lazy as a toad and vain as Narcissus”.

This week he has continued the “people versus Parliament” rhetoric by saying the fury of some voters is unsurprising.

The PM stoked tensions during fiery exchanges in the Commons, where he repeatedly described attempts to block no-deal as the “surrender act”.

When asked at a book launch on Thursday about the abuse some MPs have received, Mr Cummings said: “It is not surprising that some people are angry about it.”

Mr Cummings said both Leave and Remain campaigners had had “serious threats” of violence made against them, which should be dealt with appropriately.

“In the end the situation can only be resolved by Parliament honouring its promise to respect the result,” he added.

He also described the current chaos as “a walk in the park” compared to the referendum.