Two Labour big hitters made separate TV appearances today and they didn’t hold back with their comments on the current political turmoil in the UK. Tom Watson, deputy leader, went on The Andrew Marr Show and told the presenter that it would be“inconceivable” if a Labour manifesto for a snap general election did not include […] 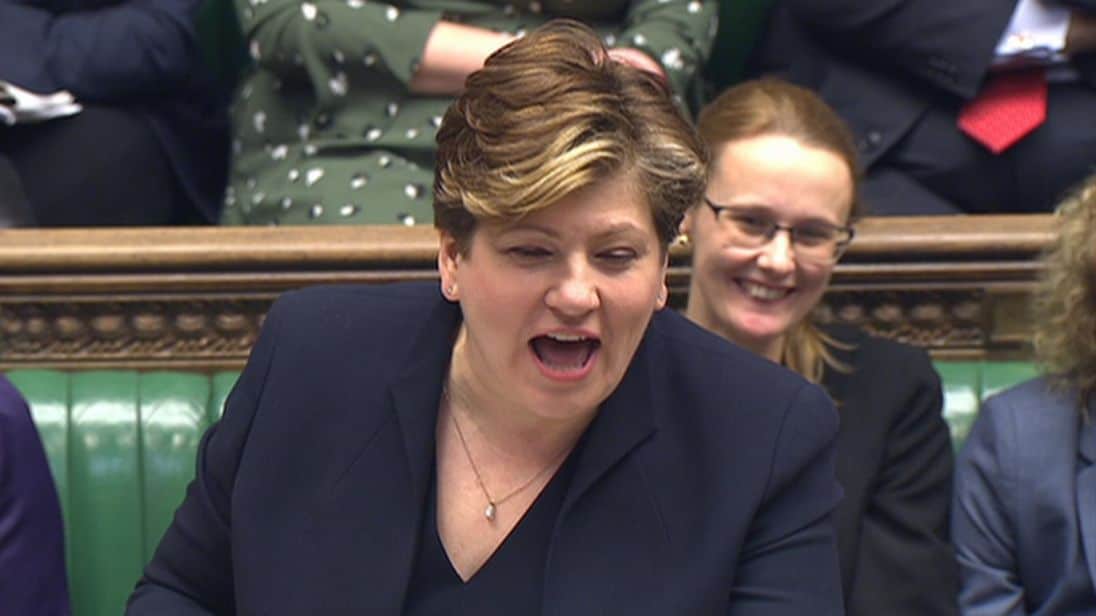 Two Labour big hitters made separate TV appearances today and they didn’t hold back with their comments on the current political turmoil in the UK.

Tom Watson, deputy leader, went on The Andrew Marr Show and told the presenter that it would be“inconceivable” if a Labour manifesto for a snap general election did not include a second referendum.

Marr asked Watson if he is in favour of a second referendum under all circumstances, to which he replied: “I think that’s the only way we can bring the country back together now.”

He continued: “It seems to me that Parliament, certainly Labour MPs, are coming together with an emerging consensus that whatever that deal looks like – and we understand there have to be compromises – if it’s underpinned by a People’s Vote that is the way we can bring the country back together.”

Watson’s words could be met with some unease from a section of Labour MPs, particularly those in leave-dominated constituencies.

Over on Sky News Emily Thornberry, shadow foreign secretary, made an appearance on Sophy Ridge on Sunday.

Thornberry said May was “out of control”, adding: “Even with just days to go she is just saying, ‘It is my deal or no deal.’

“That is not meaningful, that is not democracy. That is Theresa May stamping her feet and saying, ‘I want this, no one else is allowed to do anything.’

“No wonder she is in trouble. She is out of control. She is not listening to anyone. No one knows what it is that she is going to do next. I think her judgement has been undermined.”

A Deltapoll survey commissioned by the Mail on Sunday has discovered that public support for the Labour Party stands at 41 per cent, with the Tories are trailing behind on 36 per cent.