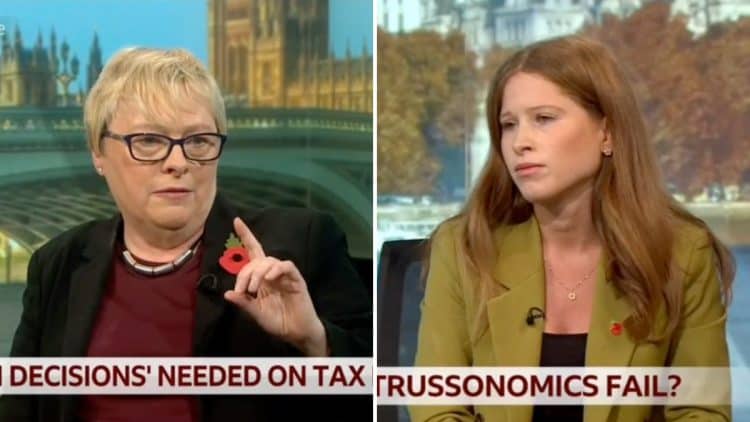 A spokesperson from the right-wing think tank Institute for Economic Affairs got a ruthless dressing down on Politics Live today.

The IEA, alongside the TaxPayers’ Alliance, was believed to be behind Liz Truss and Kwasi Kwarteng’s drive for a low-tax/ low-regulation economy.

Decisions made by the former prime minister and her chancellor ultimately sent the markets into free fall and resulted in the Bank of England and the International Monetary Fund having to step in to prevent complete economic collapse.

Appearing on Politics Live, Emily Carver, from the IEA, tried to defend the policies, but was ruthlessly destroyed by Angela Eagle of the Labour Party.