Elsewhere, Professor Jeremy Brown, a member of the Joint Committee on Vaccination and Immunisation (JCVI), warned a “very large number” of at-risk people could develop a “serious” Covid-19 infection if restrictions are lifted now. 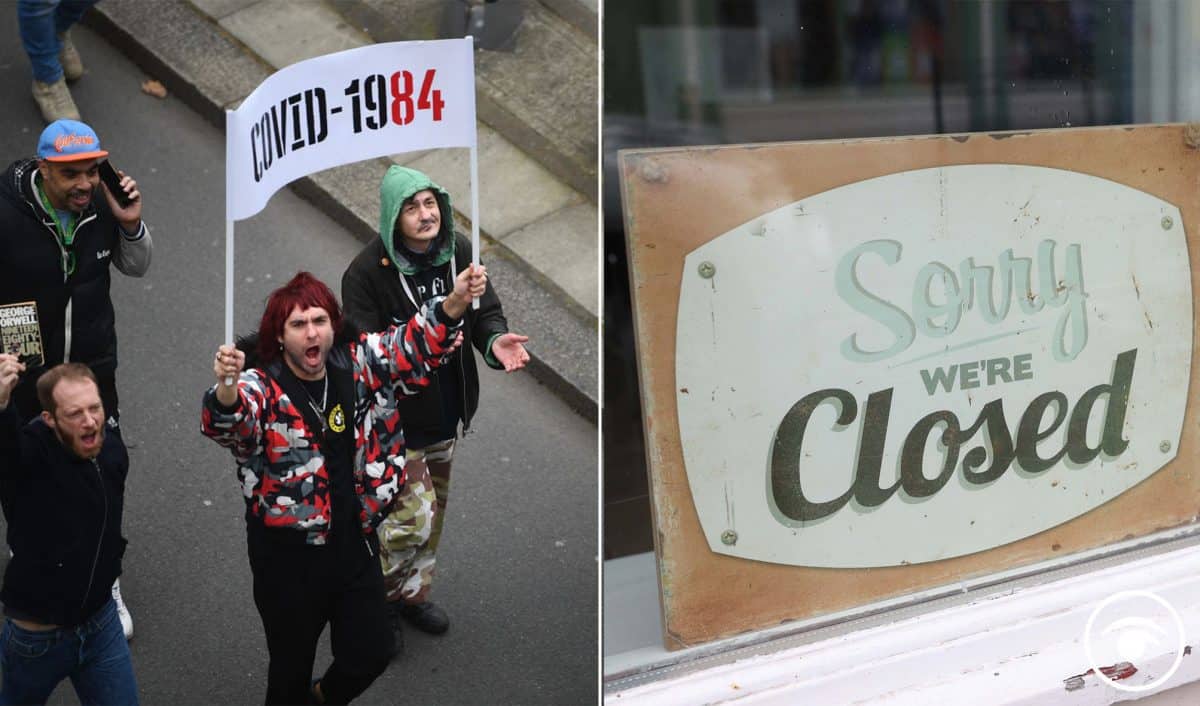 The PM has been told to justify seeking a six-month extension to “authoritarian” lockdown powers in England, amid a Commons rebellion from Conservative MPs.

The Government is expected to receive approval from MPs to extend measures within the Coronavirus Act until October.

But senior Tories from the Covid Recovery Group (CRG) have raised concerns over how such a move is consistent with the Prime Minister’s pledge to restore the country’s freedoms as the vaccine programme rolls out.

Former minister Steve Baker, the CRG’s deputy chairman, said he expects to vote against the measures on Thursday.

Asked about the size of the Conservative rebellion, Mr Baker told Sophy Ridge On Sunday on Sky News: “It’s very difficult to say until we’ve seen the exact detail of what the Government is tabling and how the votes will come.

"It's obviously an uncomfortable position to be in."

Conservative MP Steve Baker says he'll be voting against the "excessive and disproportionate" Coronavirus Act next week, adding that its restrictions "squander the advantages of our great vaccination programme"#Ridge pic.twitter.com/zFAmpQ03l5

“Let’s be absolutely clear, because it seems Labour and the SNP will vote for any old authoritarianism these days, it looks like the Government will get their business with an enormous majority.

“But I do think it’s important that some of us do seek to hold the Government to account with these extraordinary powers.”

Mr Baker, in a separate statement, also said: “With so many vulnerable people now vaccinated, people may ask why the restrictions the Government is bringing in this coming week are tougher than they were last summer when we didn’t have a vaccine.

“The detention powers in the Coronavirus Act are disproportionate, extreme, and wholly unnecessary.

“Renewing them would not be reconcilable with the Prime Minister’s guarantee that we are on a ‘one-way road to freedom’ by June 21.”

CRG chairman Mark Harper, writing in the Sunday Telegraph, also challenged the Government’s thinking on its road map to recovery.

He said “reasonable people” would wonder if the Government had struck the right balance in continuing present guidelines curbing family gatherings through Easter.

Mr Harper wrote: “Staying with your family won’t just be illegal for Easter weekend, it will be unlawful until May 17 at the earliest – whatever the data say. The road map is ‘dates, not data’.”

He questioned “draconian” powers in the legislation, adding the police response in the Clapham Common vigil for Sarah Everard last weekend had been partly the result of “poorly drafted” emergency pandemic laws.

But Defence Secretary Ben Wallace defended the Government’s plans, telling Sky News: “The final mile is the most important thing for us all, make sure we buckle down, get through the different stages the Prime Minister set out.

“At each stage we will be taking assessments from the science, from where we are in the pandemic, and take the steps required.

“It is not a one-way street. Just because we are seeking to extend the powers doesn’t mean we are deaf to how facts change on the ground.”

For Labour, shadow foreign secretary Lisa Nandy said there are powers within the Act which need to be debated to assess if they are necessary.

She told the BBC’s Andrew Marr Show: “What the vote is this week is about the road map, about easing the road map, it’s about statutory sick pay, it’s about the ban on evictions, all measures that we’ve pushed for, we certainly won’t be standing in the way of the Government in getting this legislation passed.”

Shadow health secretary Jon Ashworth expressed frustration at MPs not being allowed to table amendments and offered to work with senior Conservatives to find a way to do this.

Elsewhere, Professor Jeremy Brown, a member of the Joint Committee on Vaccination and Immunisation (JCVI), warned a “very large number” of at-risk people could develop a “serious” Covid-19 infection if restrictions are lifted now.

He said between 90% and 95% of people who are at high risk have been vaccinated, but mostly with one dose, which does not provide full protection.

He told Sky News: “If you lift restrictions, even though most people who are at risk have been vaccinated, the proportion who have not still represent a very large number of people who could end up with serious infection.”