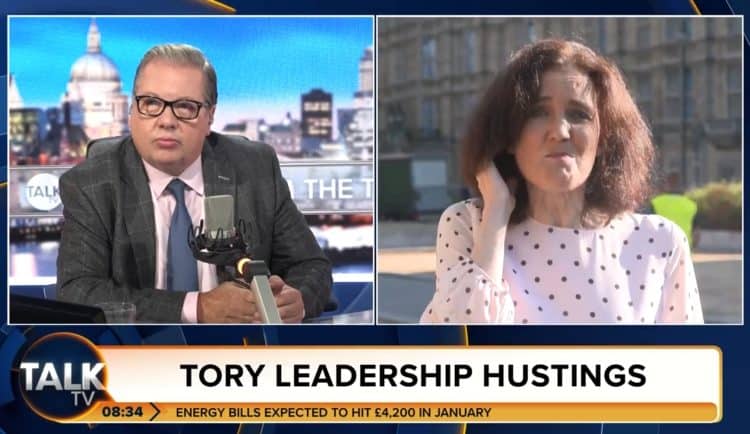 Tory MP and Rishi Sunak supporter Theresa Villiers struggled to answer basic questions on how the former chancellor will tackle rampant inflation in an interview with TalkTV.

The UK’s annual inflation could go as high as 15 per cent by the start of 2023, experts have forecast, as further sharp increases in energy prices push up the cost of living.

On the eve of the latest decision on interest rates by the Bank of England, the Resolution Foundation thinktank said price pressures were likely to be stronger and last longer than the Bank had previously forecast.

The Bank’s monetary policy committee – which said in June that it expected inflation to peak at just over 11 per cent in October – is poised to raise official borrowing costs on Thursday for a sixth successive month despite signs that the economy is weakening.

The latest monthly health check of the service sector from S&P Global and the Chartered Institute of Procurement and Supply found activity among private firms operating in the service sector has fallen to its lowest level since the winter lockdown of early 2021.

Asked how Sunak would work to bring it down, Villiers seemed unable to provide anything concrete.

Watch her car crash interview with TalkTV below:

Related: Sturgeon says Truss asked her about how to get into Vogue magazine