"He's been very loyal," the super fan said. "Has he, to who, his wives?" one person responded. 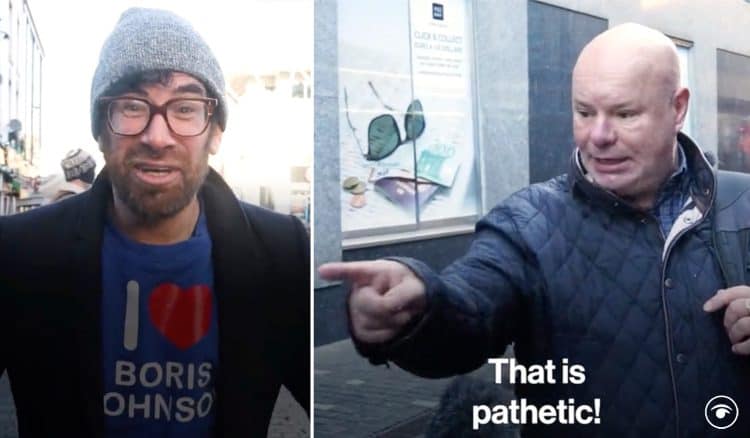 A mock Boris Johnson ‘superfan’ headed to Liverpool this week to canvas the city’s opinion of our prime minister.

It comes on the back of several sleaze scandals, cuts to social care and a HS2 U-turn in a manifesto busting month for the Conservatives, who were never particularly popular on Merseyside to begin with.

Last month Liverpool Football Club manager Jurgen Klopp even denounced Johnson’s election win in 2019, saying it was a ‘bad sign for the world’.

The revered boss added that country leaders should not be voted in based on who is the “most funny” or has the “weirdest haircut”, whilst also having a pop at Brexiteer Nigel Farage.

“Why do we let people like Farage and Johnson lead any kind of group of people in any direction?”

With that in mind, it is perhaps not surprising that Momentum’s mock Boris fan received a frosty reception on his recent trip up.