Watch: John Major predicts what will happen to the NHS in the hands of Brexiteers

“The NHS is about as safe with them as a pet hamster would be with a hungry python." 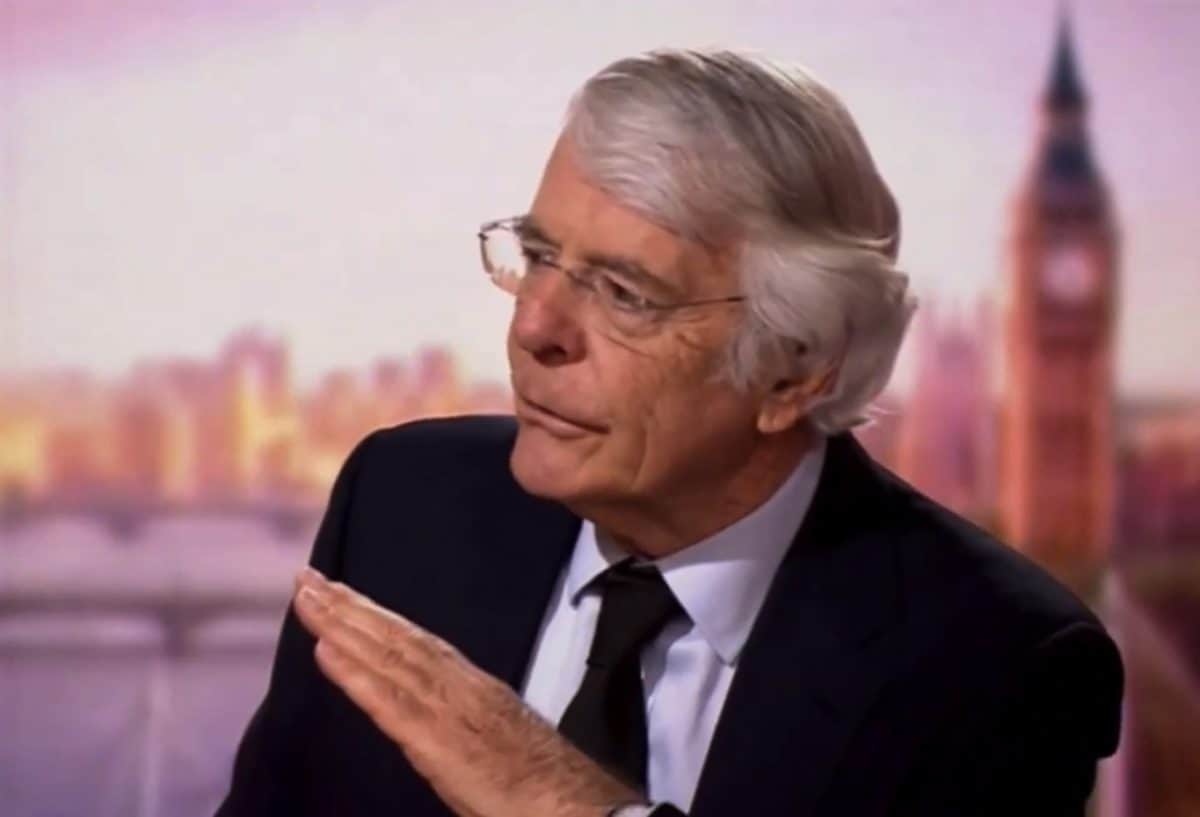 John Major’s astonishingly accurate prediction about the NHS has been making the rounds on social media as the health service teeters on the brink.

Medics have warned that the pressure on the NHS is “intolerable and unsustainable” amid forecasts that the deaths of up to 500 people each week could be caused by delays in emergency care.

It comes after more than a dozen NHS trusts and ambulance services declared critical incidents over the festive period, with officials citing rising flu cases and the impact of the Covid-19 pandemic among the reasons for the pressure on the health service.

In 2016, ahead of the Brexit referendum, Major produced a withering assessment of leading members of Vote Leave, calling their campaign deceitful, untrue, depressing, awful and “verging on the squalid”.

At the centre of his criticisms were claims that the campaign would protect the NHS.

He pointed out that Michael Gove had wanted to privatise the NHS, Boris Johnson wished to charge people for health services and Iain Duncan Smith advocated moving to a social insurance system.

“The NHS is about as safe with them as a pet hamster would be with a hungry python,” Major said on BBC1’s The Andrew Marr Show.

In what proved to be another scarily accurate projection, he added Johnson was a “court jester” but not a serious politician and said that the Conservatives Johnson had divided would not be loyal to him after leaving the EU.

“I think I would offer him this piece of advice – if the leave campaign led by Boris continue to divide the Conservative party as they are doing at the present time, and if Boris has the laudable ambition, for it is a laudable ambition, to become prime minister, he will find if he achieves that that he will not have the loyalty of the party he divided.

“Iain Duncan Smith was serially disloyal in the 1990s, when he became leader he was surprised that no one was loyal to him and Boris should learn from that.

Turning to Vote Leave’s claims about the economy, Major said they were “fundamentally dishonest” about the cost of the EU being £350m a week.

“And on the subject that they have veered towards, having lost the economic argument, of immigration, I think their campaign is verging on the squalid,” he said.

“I am angry at the way the British people are being misled, this is much more important than a general election, this is going to affect people, their livelihoods, their future, for a very long time to come and if they are given honest, straightforward facts and they decide to leave, then that is the decision the British people take.

Related: ‘Poor people suffering most’ from UK’s split with EU