“This is simply not a tolerable situation in a civilised society, and the chancellor must know now that his proposals from a month ago have been completely overtaken by the health problems that we have," Brown s 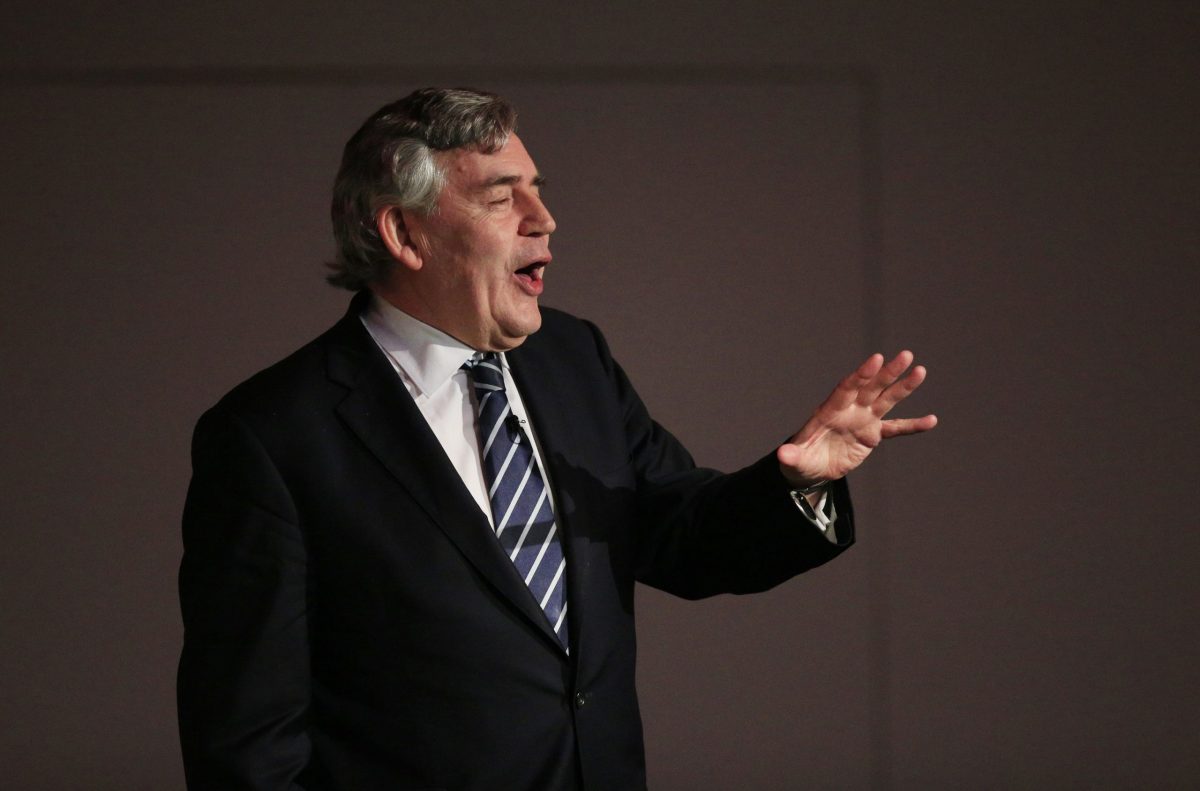 Gordon Brown has lashed out at Rishi Sunak for pursuing “completely out of date” economic interventions in response to the coronavirus pandemic.

Speaking on Sky News this morning, the former prime minister said it “cannot be right” that “economic policy and health policy are so at odds with each other”.

It is the latest in a string of escalating attacks on Boris Johnson’s government by Brown who, earlier this week, backed Marcus Rashford’s campaign to secure free school meals for children during half-term and Christmas holidays.

“What is the price we will pay for leaving young people without jobs for months and for years,” Brown said on Tuesday morning. “How can a family budget for the future if they’re going to lose £100 of income overnight?

“This is simply not a tolerable situation in a civilised society, and the chancellor must know now that his proposals from a month ago have been completely overtaken by the health problems that we have.

“We’ve got a bigger health problem, and we’ve got smaller government support. It cannot be right that the economic policy and the health policy are so at odds with each other.”

Asked by Kay Burley whether he would “borrow [his] way out” of the pandemic, Brown said that “every country” is facing the same issue.

“If we fail to support people in their hour of greatest need, the cost that we pay for unemployment – the mental health cost, the health cost, the cost of lost skills and capacity in the years to come – are even greater than what we will have to pay to stay in jobs.

“I do believe that you are rerunning debates from ten years ago, and it was not right ten years ago not to help people out of recession, and it isn’t right now to deny the help that is necessary.”

Brown’s intervention comes as Labour said it will force a parliamentary vote on the extension of free school meals to eligible children, after the government repeatedly refused to extend the scheme through the October half-term break.

Labour will table a motion calling on the government to continue directly funding free school meals over the holidays until Easter 2021 to “prevent over a million children going hungry during the coronavirus crisis”.

‘Put food on the table’

The party said in a statement MP Tulip Siddiq, the shadow minister for children and early years, wrote to all Conservative backbench MPs asking them to support Labour’s proposals.

“Over a million children are at risk of going hungry over the holidays without access to free school meals. It is essential the Government provides this support urgently,” Labour’s shadow education secretary Kate Green said.

“We gave the Prime Minister the chance to change course, but he refused to do so. Now his MPs must decide if they want to vote for their constituents to get this vital support or if they will leave families struggling to put food on the table.”

A parliamentary petition started by Rashford, calling for food to be provided during all holidays and for free school meals to be expanded to all households on Universal Credit, has garnered more than 293,000 signatures since being launched late last week.

Rashford, who has been made an MBE for his services to vulnerable children, forced a Government U-turn on free school meal vouchers for eligible pupils over the summer holidays.

The fact his petition attracted more than 100,000 signatures means it must now be considered for debate by MPs, under Parliamentary petition guidelines.

However, Downing Street has shown reluctance to extend the scheme, with a spokesman indicating on Thursday that ministers would not provide free school meals to children in England during the Christmas break.

A Number 10 spokesman said: “It’s not for schools to regularly provide food to pupils during the school holidays.”

Labour said more than 1.44 million children who were eligible for free school meals would benefit if the scheme was extended.

Watch: Don’t look up and real life interview are basically the same thing