The clip has been likened to an Alan Partridge episode when the mock TV presenter meets a superfan. 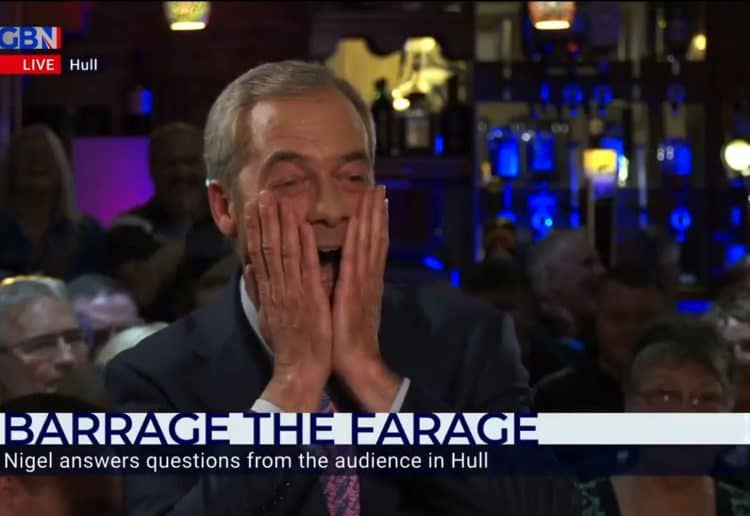 Nigel Farage was left stunned and lost for words during a GB News broadcast in Hull this weekend.

The former UKIPer was presenting a ‘Barrage the Farage’ show live from the North East when a woman lifted her skirt to reveal a tattoo of him on her thigh.

The clip has prompted a host of reactions, with several people pointing to an infamous Alan Partridge clip when the mock TV presenter meets a superfan.

Commenting on Twitter, one person said: “What is wrong with her? Have her friends not tried to intervene?”

Others were similarly shocked, quite rightly, at the brazen big reveal.

Related: Jeremy Hunt: I was at top of rogue system as health secretary