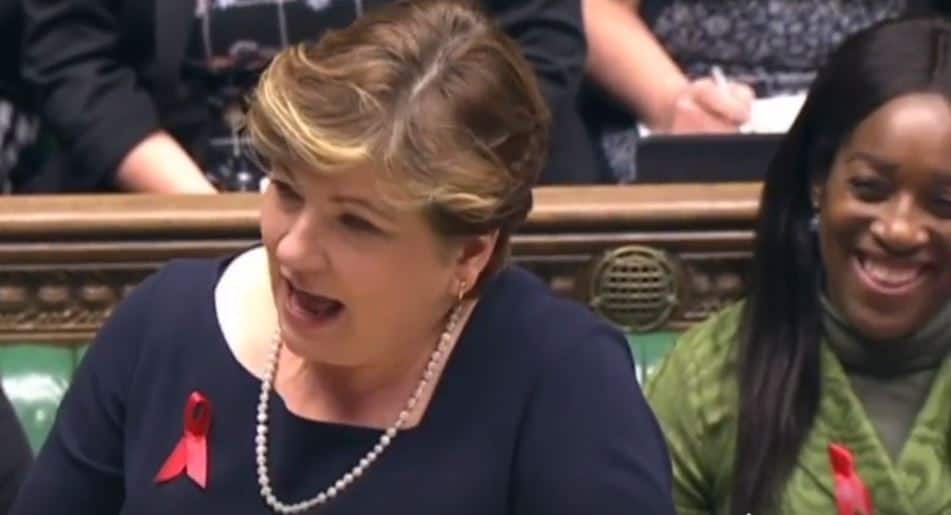 PMQs – "Dont worry, I won't ask about the computer."

#PMQs "Dont worry, I won't ask about the computer. What number of new nurses recruited in the last 12 months are still working today?According to the governments latest figures nearly 40% of new nurses are leaving employment in their first year."Shadow Foreign Secretary Emily Thornberry and Deputy Prime Minister Damian Green MP stand in for Theresa May and Jeremy Corbyn.#PrimeMinistersQuestions #Labour #Conservative #TheresaMay #JeremyCorbyn

Despite an investigation into extreme pornography found on his office computer amid the sleaze allegations that have embroiled 11%r of sitting Conservative MP’s, Theresa May left Damien Green to field Prime Minister’s Questions today.

Emily Thornberry who was standing in for the leader of the opposition Jeremy Corbyn put in a bravura performance in the House of Commons.

She started by asking Damien Green if he was happy to be held to the same standards in Government that he had demanded in opposition. In case he was “perturbed by my line of questioning, don’t worry I really am not going THERE,” The shadow foreign secretary reassured the first secretary amid smiles across the House of Commons. Except for Damien Green.

Instead she brought up the embarrassment of “the governments latest figures [with] nearly 40% of new nurses are leaving employment in their first year.”

The fierce exchange over the “chronic funding and staffing crisis” faced by the NHS is well worth a watch:

#PMQs"I notice he doesn't want to talk about his own local hospital. Could the reason be that his local A&E and I quote: "have severe staff shortages and the only option is to cancel outpatient procedures"What are you doing to our NHS?! this is on your own doorstep – Get a grip!We have an NHS in the grip of a chronic funding and staffing crisis." Shadow Foreign Secretary Emily Thornberry and Deputy Prime Minister Damian Green MP stand in for the PM and leader of the Opposition.