"What is happening in this wonderful country of ours is morally corrupt... " 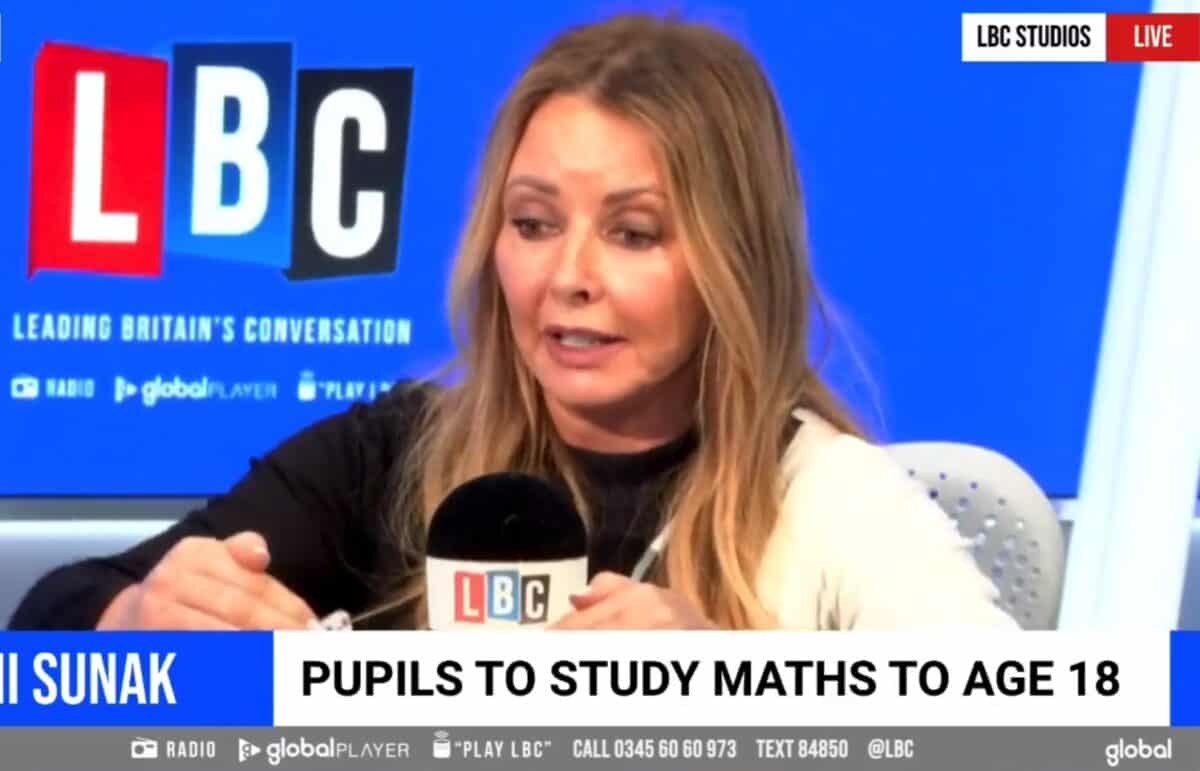 Carol Vorderman has torn into the Conservative government, describing them as bordering on the “criminally negligent” in an interview with LBC’s Nick Ferrari.

The former Countdown star was on the show to discuss Rishi Sunak’s new maths plan, which has been described as a dead cat policy designed to distract voters from the reality of life in Britain where NHS waiting lists have topped seven million and the economy is tanking.

Touching on issues such as the PPE scandal and the prime minister’s wife’s non-dom status, she said:

“At what point does political negligence become criminal, because what is happening in this wonderful country of ours is morally corrupt… “