Clash of the Titans: James O’Brien confronts Mick Lynch over his Brexit support

The LBC presenter read out all the rights we could lose under Jacob Rees-Mogg's retained EU law bill and put them to Mick Lynch. 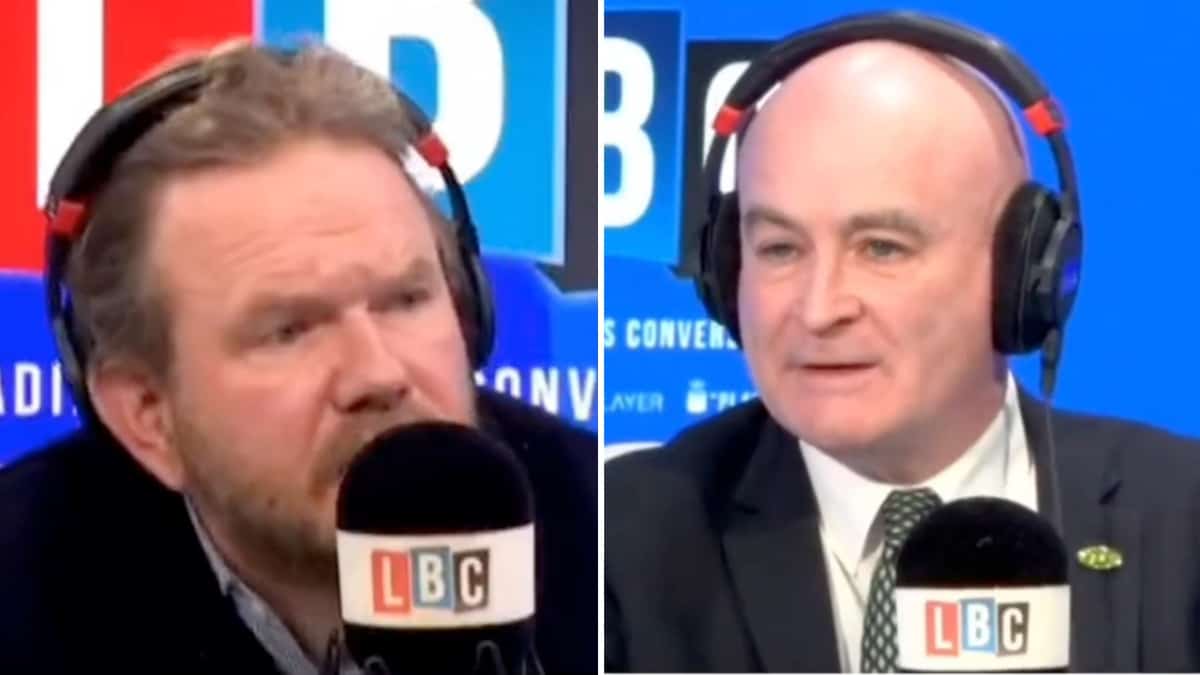 The LBC host challenged the leader of the Rail, Maritime and Transport (RMT) union over his decision to back a Leave vote in 2016 and the planned “bonfire” of EU laws after Brexit.

“These are hard-won rights that the TUC now fears are going to be abolished by legislation being pursued by the current government as a direct consequence of the Brexit you supported,” he said.

But Lynch argued the Retained EU Law Bill is a “direct consequence of having this government” – saying the plan to ditch regulations automatically by the end of 2023 was a “political decision” by Tory ministers.

“You can’t have one without the other”

In a feisty exchange, the anti-Brexit radio host said: “You can’t have one without the other – it’s this government plus Brexit”, adding: “It’s like they’re going to go and shoot your dog and you’ve handed them the gun.”

Lynch denied being “an ardent Brexiteer” – but suggested that he backed Brexit because it would boost the chances of re-nationalising Britain’s railways.

“You can indeed nationalise public sector services, which you cannot do inside the European Union,” said the union leader, claiming that Brussels insisted on “liberalisation and competition” in public services.

Nationalisation of the railways

Challenged by O’Brien that he had prioritised “the nationalisation of the railways above everything else”, the RMT chief said re-nationalisation was “a constitutional matter” and said the UK “should be able to set its own laws”.

The LBC host asked Mr Lynch: “So you did realise that you were jeopardising potentially holiday pay, data protection rights, collective consultation, protection for pregnant workers, protection of part-time and fixed-term workers?”

The RMT leader responded: “But all laws derived from the European Union have the opportunity to be amended now,” adding that he would campaign against the bonfire of EU laws.