The prime minister was seen smirking and making a face at one of the MPs across from him inside the house. 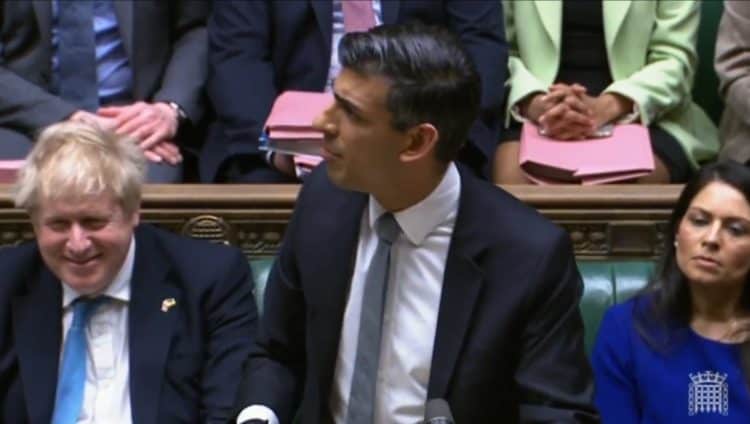 Boris Johnson was seen chuckling and pulling faces as Rishi Sunak talked about people huddling in basements in Ukraine in the House of Commons yesterday.

The clip, which was tweeted by Adam Bienkov, the political Editor and Correspondent at Byline Times, shows Johnson smirking and making a face at one of the MPs across from him inside the house.

While he was smiling before the comments were made and almost certainly joking about something else, the Mirror’s Kevin Maguire said it was still a “bad look for Johnson” who was “clearly not listening to the chancellor”.

“Mr Speaker, as I stand here, men, women and children are huddled in basements across Ukraine seeking protection,” Sunak can be heard saying.

“Soldiers and citizens alike have taken up arms to defend their land.”