A work from home order and vaccine passports will be announced on Wednesday, it has been reported. 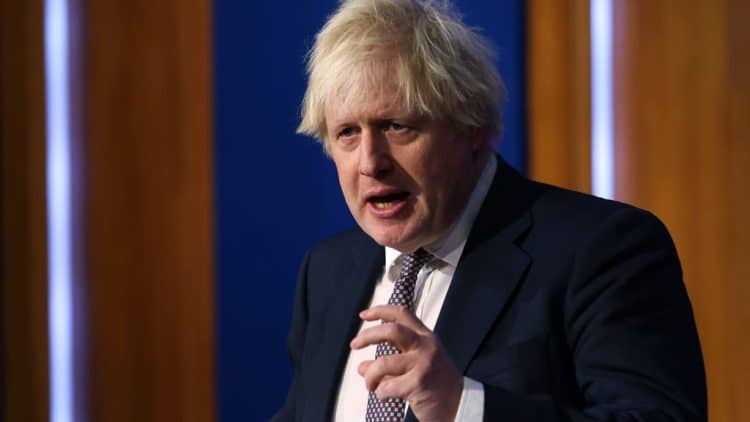 Boris Johnson is set to announce new restrictions in England to counter the spread of the Omicron variant, as he faces pressure over parties held in Downing Street last Christmas.

According to the Financial Times, the government has decided to implement its so-called ‘Plan B’ of further measures – including vaccine passports for large venues and an order to work from home.

The prime minister’s decision comes amid growing concern at the rapid spread of Omicron – and fury at the Downing Street Christmas party affair.

Government officials told the FT that Johnson wanted to regain the initiative after taking a battering in the press over the scandal, with one claiming the earlier-than-expected move to Plan B is a “dead cat” to distract from the affair.

Ministers on the Covid operations committee reportedly met on Wednesday morning to decide what measures will be implemented, with one government insider suggesting a work from home order could be implemented as soon as tonight.

The new restrictions could be announced at a press conference as soon as Wednesday, with regulations laid before parliament on Thursday.

It comes after it emerged that senior aides to Johnson joked about a Downing Street Christmas party just days after staff are alleged to have held a festive gathering in breach of lockdown rules.

But Labour leader Sir Keir Starmer called onMr Johnson to “come clean and apologise”, adding that for aides “to lie and to laugh about those lies is shameful”.

The footage obtained by ITV News showed Stratton answering questions at a mock press conference on December 22 about a Downing Street Christmas party the previous Friday – the date of the alleged rule-breaking gathering.

During the rehearsal, filmed as part of a subsequently-abandoned plan for Stratton to lead televised press briefings, Oldfield pressed her for an answer.

“Would the prime minister condone having a Christmas party?” he asked.