Appearing on Sky News this morning, Dr Coffey was repeatedly given the chance to show compassion for 34-year-old Mercy Baguma - a refugee mum who died as she lay next to her malnourished baby in Glasgow - but she declined to. 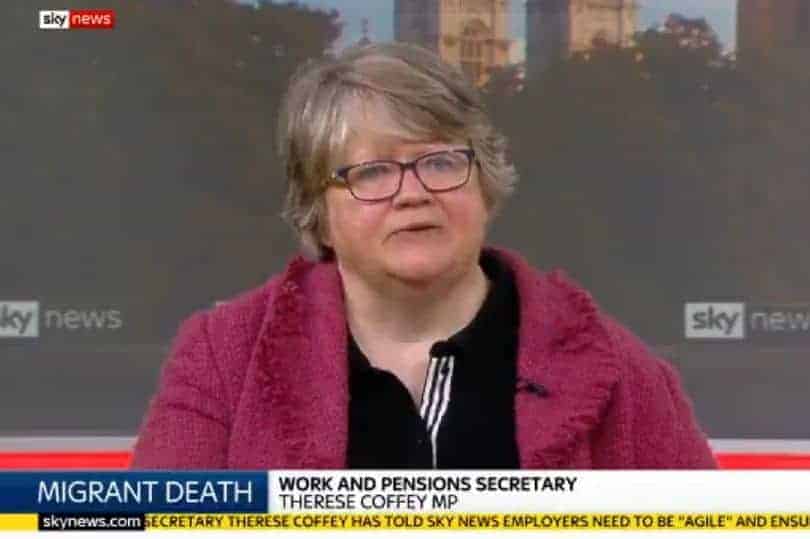 Work and Pensions Secretary Thérèse Coffey continually refused to express sympathy for the heartbreaking demise of a mother who was found dead next to her crying baby.

Appearing on Sky News this morning, Dr Coffey was repeatedly given the chance to show compassion for 34-year-old Mercy Baguma – a refugee mum who died as she lay next to her malnourished baby in Glasgow – but she declined to.

Baguma, from Uganda, was found dead by police after they heard her son’s crying from outside her flat earlier this month.

She was reportedly living in extreme poverty before her death – and had contacted charities warning she did not have enough money to support herself.

It is believed that she lost her job after her right to work in Britain expired.

Asked about Baguma’s death by Kay Burley on Sky News, Dr Coffey said: “I think I know the situation and it’s a lady with immigration status that may have changed.

“This really is a matter for the Home Office to decide. I’m conscious that people can also apply for changes to their status with the Home Office, if they are struggling with aspects of that.”

Again asked to show some compassion, the DWP chief said: “I don’t know the ins and outs, I know it happened in Glasgow fairly recently – but really the Home Office is the place that decides on this.”

Asked by Burley what Baguma’s death says about British society, the MP said: “What I’m trying to say Kay is that when people are in very difficult situations and are looking to the government for help, there are ways they can access that help.”