The BBC News anchor even muted Miriam Cates at one point to read her what Boris Johnson had promised. 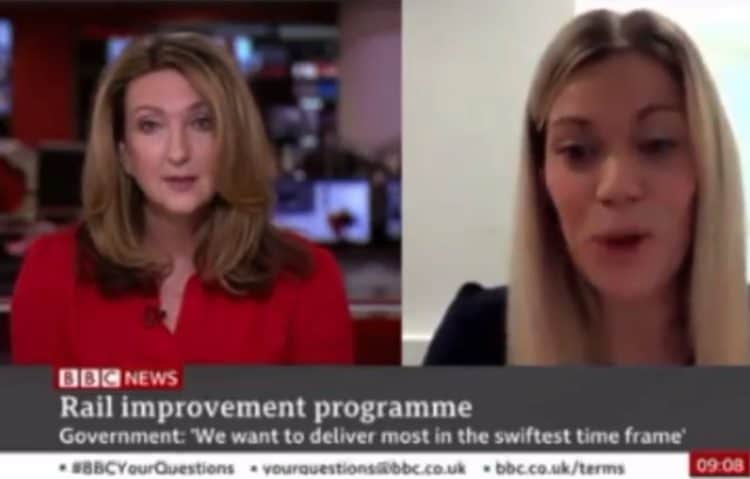 Victoria Derbyshire clashed with the MP for Penistone and Stockbridge on BBC News yesterday after the government scaled back its plans for rail investment in the north.

Boris Johnson was accused of a “betrayal” after the Government set out its new plans for rail investment in the region.

There was anger in the Commons as transport secretary Grant Shapps confirmed that the eastern leg of HS2 was being scrapped while the planned Northern Powerhouse Rail (NPR) was being curtailed.

Labour leader Sir Keir Starmer said Mr Johnson had “ripped up” promises he made that HS2 would go all the way to Leeds and that there would be a new NPR line from Manchester to Leeds.

“This was the first test of ‘levelling up’ and the Government has completely failed and let down everybody in the North. You can’t believe a word the Prime Minister says,” he said.

Putting the upheaval to Miriam Cates, Derbyshire asked “why are you betraying the north” in a scathing interview.