Boris Johnson’s former aide said he would be ‘happy’ to tell the Cabinet Secretary or Electoral Commission what he knows about the matter. 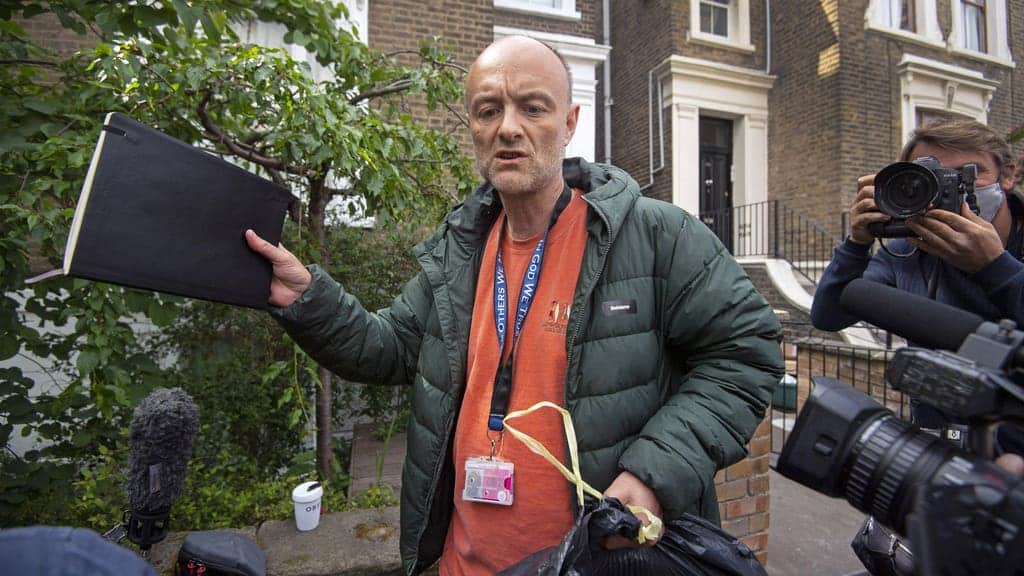 He said he had refused to help Mr Johnson organise payments from donors, which Mr Cummings described as a plan that would have “almost certainly” broken the rules on “proper disclosure of political donations”.

The aide, who left Downing Street towards the end of last year, said he was responding to accusations made by Mr Johnson’s current director of communications “regarding me and leaks concerning the PM’s renovation of his flat”.

In a post on his blog, Mr Cummings wrote: “The PM stopped speaking to me about this matter in 2020 as I told him I thought his plans to have donors secretly pay for the renovation were unethical, foolish, possibly illegal and almost certainly broke the rules on proper disclosure of political donations if conducted in the way he intended.

“I refused to help him organise these payments. My knowledge about them is therefore limited.

“I would be happy to tell the Cabinet Secretary or Electoral Commission what I know concerning this matter.”

The comments came as the Government said on Friday that Mr Johnson met the cost of refurbishing the Downing Street flat out of his own pocket.

The Cabinet Office minister Lord True said that aside from standard work on “painting, sanding and floorboards”, “any costs of wider refurbishment in this year have been met by the Prime Minister personally.”

The details – revealed in a House of Lords written answer – follow intense speculation as to how the revamp of the flat over No 11 Downing Street has been paid for.

Normally, prime ministers receive an annual allowance of up to £30,000 to contribute to the costs of maintaining and furnishing the residency.

However, there have been reports that the lavish overhaul of the flat – overseen by Mr Johnson’s fiancee Carrie Symonds – has run to £200,000.

In his answer, Lord True said that the Government had been “considering the merits” of whether in future works on the Downing Street estate could be funded by a trust.

He said  this could mirror the longstanding arrangements in place for the Prime Minister’s official country residence at Chequers, which is held in a private trust, or Dorneywood, which is a charitable trust, reducing the need for public subsidy.

“Such matters are legally complex and policy development is ongoing,” he said.

“The Government engaged with the Leader of the Opposition’s Office on the proposals in July.”