"A gift for the few and a slap in the face for many", reaction pours in after Kwasi Kwarteng delivers his first mini-budget. 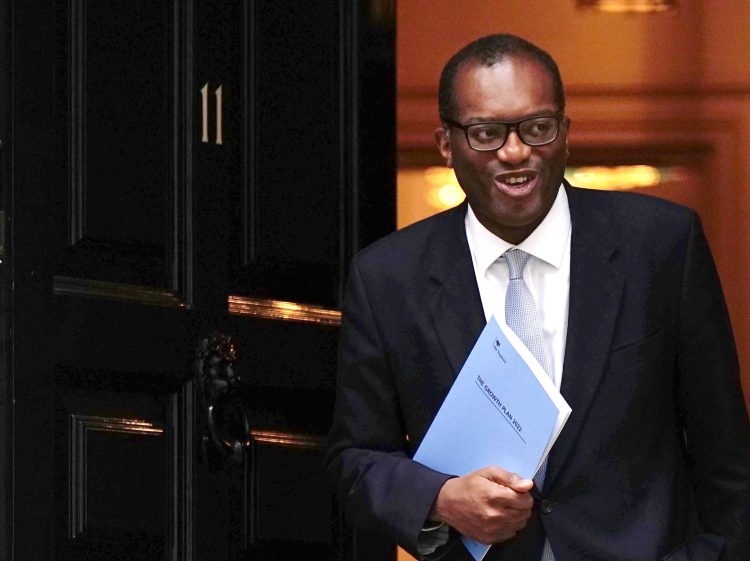 Chancellor Kwasi Kwarteng abolished the top rate of income tax for the highest earners as he spent tens of billions of pounds in a “gamble” to drive up growth during a cost-of-living crisis.

In a so-called mini-budget axing the cap on bankers’ bonuses and adding restrictions to the welfare system, he argued that tax cuts are “central to solving the riddle of growth”.

Treasury estimates put the raft of cuts, including Liz Truss’s promises to reverse the national insurance rise and axe the hike to corporation tax, as costing nearly £45 billion a year in 2026.

And he brought forward the planned cut to the basic rate of income tax to 19p in the pound a year early to April.

Mr Kwarteng also revealed his estimate that the two-year energy bills bailout will cost around £60 billion over the first six months from October.

– A cut to stamp duty, meaning 200,000 less people will pay the tax on house purchases.

– The introduce of VAT-free shopping for overseas visitors.

– Legislation to force trade unions to put pay offers to a member vote so strikes can only be called once negotiations have fully broken down.

– Confirmation of plans to make around 120,000 more people on Universal Credit take active steps to seek more and better paid work, or face having their benefits reduced.

Reaction to the budget was quick to pour in.