Outstanding Afghan students have had their university places deferred by a year by British officials. 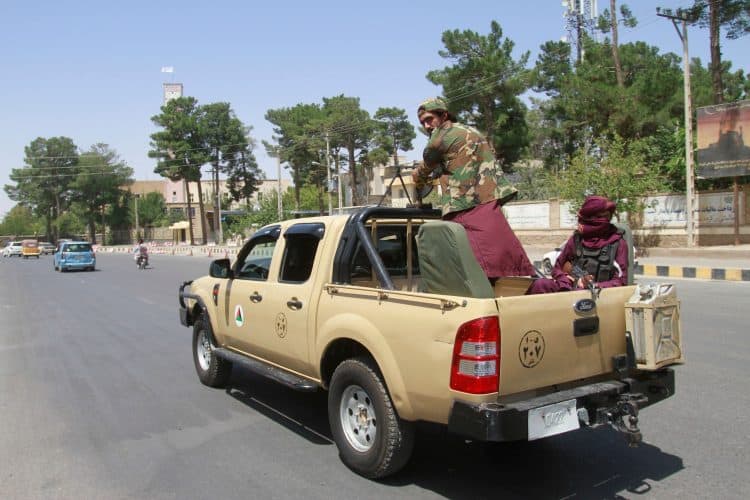 Afghan students offered government scholarships to study in the UK have been told they will no longer be able to take up their places.

But the Foreign Office said the turmoil in Afghanistan meant the British Embassy in the stricken country would not finish preparations in time for this year.

One Afghan student, Naimatullah Zafary, told the BBC that students had been in tears and reduced to panic attacks when they met with UK officials to discuss their plight.

“I cannot sleep,” he said. “When we really need it, you are taking it away.”

Chevening Scholarships, which are funded by the Foreign Office, are highly prestigious – but 35 Afghan students awarded placements for the coming academic year have been told that the embassy in Kabul will not be able to complete the required paperwork in time.

Zafary, 35, who currently works for the UN in Kabul, said: “I have seen the gap between the government and the people, when the government has to be a bridge but it turned out to be a concrete wall.”

But last week he was told his place had been deferred until next year. He said students were “yelling, they were begging, please, please, allow us the visa”.

Taliban fighters entered Kabul on Sunday and sought the unconditional surrender of the central government, officials said, as Afghans and foreigners alike raced for the exit, signalling the end of a 20-year Western experiment aimed at remaking Afghanistan.

The beleaguered central government meanwhile sought an interim administration, but increasingly had few cards to play.

Civilians fearing that the Taliban could reimpose a brutal rule that all but eliminated women’s rights rushed to leave the country, lining up at cash machines to withdraw their life savings.

Helicopters buzzed overhead, some apparently evacuating personnel at the US embassy.

In a stunning rout, the Taliban seized nearly all of Afghanistan in over a week, despite the hundreds of billions of dollars spent by the US and Nato over nearly two decades to build up Afghan security forces.

Just days earlier, an American military assessment estimated it would be a month before the capital would come under insurgent pressure.

The Taliban have defeated, co-opted or sent Afghan security forces fleeing from wide swathes of the country, even though they had some air support from the US military.

On Sunday, they entered the outskirts of Kabul but apparently remained outside of the city centre.

Sporadic gunfire echoed at times though the streets were largely quiet.

He declined to offer specifics on any possible negotiations between his forces and the government.