A Westminster committee has been told that a ‘perfect storm’ of problems related to the Northern Ireland Protocol lies ahead. 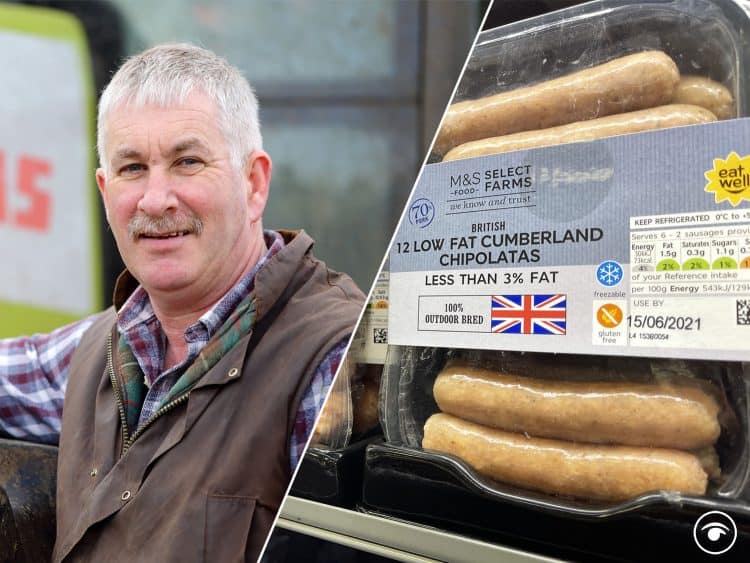 The “sausage war” post-Brexit trade dispute between the UK and EU was “not even handbags at dawn”, a retail representative has told MPs.

Aodhan Connolly, from the NI Retail Consortium, told the Northern Ireland Affairs Committee the chilled meats dispute was “peripheral” and that much bigger problems for traders lie ahead.

A number of business, retail and manufacturing bosses addressed MPs during a hearing on the impact of the Northern Ireland Protocol.

The Protocol, part of the Brexit deal, is aimed at avoiding a hard border with Ireland by effectively keeping Northern Ireland in the EU’s single market for goods.

A potential prohibition on chilled meats from Great Britain travelling to Northern Ireland is one result of the Protocol, which has created a series of economic barriers on Irish Sea trade.

A grace period to allow chilled meats to continue to be moved to Northern Ireland was extended until September 30, but there is still no agreement between the UK and EU on how to resolve the dispute in the long term.

Mr Connolly told the committee: “On chilled meats, if people think that is what a trade war is they are really going to be surprised when there is an actual war. That was not a trade war, that wasn’t even a trade handbags at dawn.

“It is an emotive issue, but in trade terms it is a peripheral issue.”

He added: “There are some real concerns and the last couple of weeks we have been having lots of meetings with our grocery members on what is coming down the tracks. We are heading towards a perfect storm in October when we will need export health certificates.

“There are lots of things coming at the one time.”

Mr Connolly referred to the increase in October in the amount of administration needed for moving food from GB to NI as well as the start of border controls on EU products entering GB.

He said: “For the consumer in GB, they won’t really have felt any of this because those controls have not come in yet but they’ll be phased in from October.

“We’re at the end of those supply chains so there could be a knock-on there.”

He said: “There has been this unwillingness politically for Europe and the UK to engage on small issues that are very real on farms, and community tension therefore in NI is rising.

“We did see some flexibilities, one on chilled meats, which I would say was a red herring. We are an exporting region, we can make all the sausages we need in NI. Yes, the choice is good for consumers, but that was a red herring really.”

Negative impact upon their business

MPs were also told that one in five Northern Ireland manufacturing companies have reported that firms in the rest of the UK are unwilling to continue to supply them with goods following the Protocol.

Stephen Kelly, chief executive of Manufacturing NI, said: “What we know is that 77 per cent of manufacturers said that the first three months, following the end of the transition period, had a negative impact upon their business.

“In terms of GB business, 36 per cent said that they were currently struggling with the new processes and they believed that that struggle would persist. One third said it had a negative impact on their sales to GB, in both directions.

“Most concerning was that one in five, 20 per cent, said that their UK suppliers were simply unwilling to continue to supply to Northern Ireland.”

Mr Kelly added: “When we look at the EU side, 46 per cent of EU suppliers are reported to be either unaware, unprepared or unwilling to supply to Northern Ireland.

“The challenge that is identified there is that despite reports leading up to the end of 2020 that the EU was ready for no deal, there hasn’t been that education programme in the EU that explains to suppliers and customers that goods destined for Northern Ireland are meant to freely flow.”