The recent skyrocket in Bitcoin’s market value has caused there to be a great deal of speculation about how long lasting this success will be and whether it is just a matter of time before it sees a significant crash (as was the case on previous occasions). As Bitcoin is decentralised by nature, it is […] 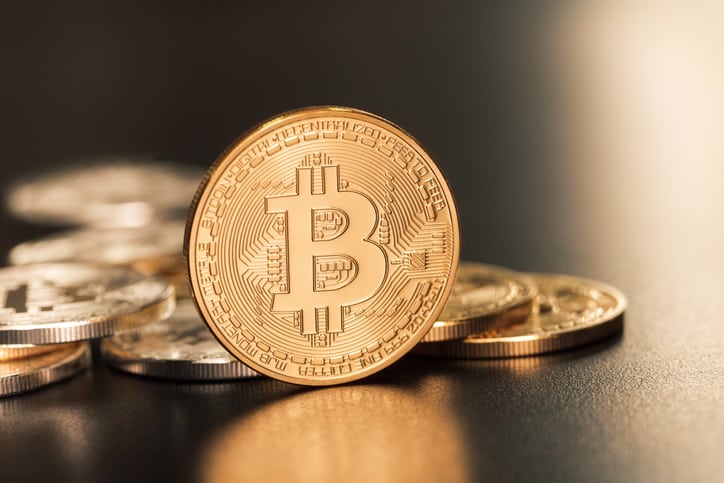 The recent skyrocket in Bitcoin’s market value has caused there to be a great deal of speculation about how long lasting this success will be and whether it is just a matter of time before it sees a significant crash (as was the case on previous occasions). As Bitcoin is decentralised by nature, it is possible that it will perform differently than other currencies as it is not controlled by any company, government or a particular organisation. Bitcoin, the very first most popular cryptocurrency, sees its price be dictated by a range of factors and these are not always the same as those we see with fiat currencies and are typically shown as the exchange of the cryptocurrency in relation to other currencies.

The question on everyone’s minds at the moment is how long until the Bitcoin bubble is going to burst and what situation or scenario will be responsible for its price drop. Some people feared that the outcome of the UK election results and the ongoing Brexit negotiations would have some part to play in the value of the Bitcoin in the same way as we have seen our own Great British Pound suffer as a result of these situations in the past.

Getting to grips with what factors could have the potential to influence its rise and fall will go a long way in establishing its longevity on the market and how investors will react to it in the future. With the snap election causing the value of the pound to plunge shortly after the exit poll results were published on the 9th June, the value of Bitcoin remain vastly unchanged. This is not to say that other major political factors will not have their say on the value of the Bitcoin in the future however. We also cannot rule out that other influences will play a part in determining its future value either? Let’s explore…

In an age where the media reigns over us, there are some people who agree that it could lead to the demise of Bitcoin as easily as it is currently working on hyping it up. For example, any mention of hacking or bankruptcy could lead to its value dropping as it could stimulate panic among not only Bitcoin users but also those who are invested in the currency’s future.

On the 12th June, Bitcoin saw its value drop slightly, but the rumour in this case refers back to matters that are entirely unpolitical. Some have claimed that the reason why Bitcoin saw a decrease in value this time around is because the digital currency system is growing at too fast a rate. While the digital currency has recovered and stabilised its price for the time being, this is a prime example of how volatile the market can be, whether you are a trader of either fiat or cryptocurrencies.

While the government cannot directly impact on the way that Bitcoin is traded, something that does cause a stir is the government release of official statements about the regulation of the cryptocurrency. The anonymity that is synonymous with Bitcoin and which has allowed it to become such a key player in the online gambling community, is of a particular interest when it comes to why governments are considering introducing new rules to eradicate the fact that Bitcoin allows total anonymity. There were proposals to introduce third party supervision which would detract from the appeal of Bitcoin in its present state- without this unique element of anonymity, the value of it could well suffer. The future of Bitcoin could rest on the measures that governments decide to take in the future and how harshly it becomes policed.

With the threat of cyber security being a major issue at this time, something that is said to be a likely factor when it comes to rattling the stability of the Bitcoin is how sturdy and reliable the Bitcoin network is. While our current and more conventional currencies (for example the dollar or euro) are easy to value, Bitcoins are seen as being part of their own economic group and have their value determined when exchanged with fiat currencies. A change in this way of determining the value of Bitcoin could lead to a drop in its market price as it would completely transform its perception.

The influence of the media and the fact that the general public are vastly unfamiliar with the Bitcoin can affect the price of Bitcoin as people are still reluctant to use Bitcoins to make purchases as the currency has not yet gone mainstream. For now, Bitcoin is predominantly used as a form of currency to play Bitcoin casinos games, however an increase in the number of people who accept the currency would significantly impact its value as it would encourage its use and allow it to become more integrated into our day to day spending habits. Similarly, additional technological advancement would be able to impact Bitcoin price as it would raise awareness and simulate more interest from the masses.

Manipulation Of The Market

Something like market manipulation can easily dictate the price of Bitcoin as traders can, for example, purchase large amounts of Bitcoins and this boosts the market and makes the price appear to rise before dropping it once more. This not only highlights how the value of anything is unpredictable but also emphasises how there is very little predictability in the matter of the share value of something. What compels traders to buy and sell their Bitcoins can come quickly, without warning and not necessarily always be influenced by one distinctive factor.