The rumour mill has sprung into action. 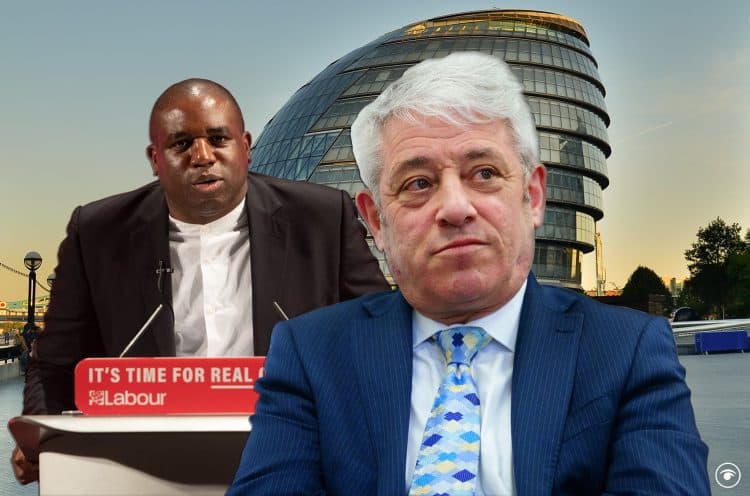 Two political heavyweights could be poised to run for London mayor in the event Sadiq Khan only serves two terms.

The election, due to be held in 2024, already seems to be hotting up as speculation over Labour’s nominee gets discussed in the papers.

According to the New European‘s Mandrake, David Lammy hasn’t entirely abandoned his dream of one day succeeding Khan.

Even though the current London mayor has already hinted he might run for a third term in 2024, there’s a sense it’s time he made way for someone else to ride the horse on the merry-go-round, Mandrake notes.

But according to Telegraph reports, he could face stiff competition.

By their logic, the reason why former speaker John Bercow has been doing so many television appearances – appearing on both The Weakest Link and The Wheel recently – is that he is preparing the ground for a possible tilt at running to be Mayor of London.