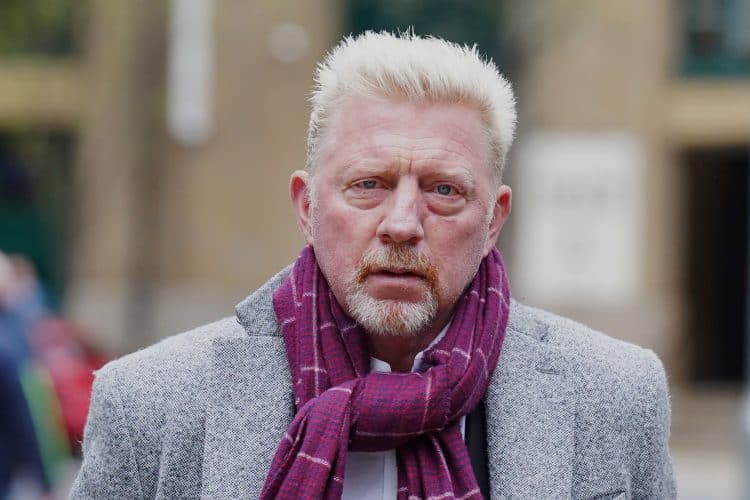 Three-time Wimbledon champion Boris Becker could be sent to jail when he is sentenced for flouting the terms of his 2017 bankruptcy.

The former world number one, 54, was earlier this month found guilty of transferring hundreds of thousands of pounds from his business account and failing to declare a property in his home town of Leimen, Germany.

Each offence under the Insolvency Act, which include removal of property, two counts of failing to disclose estate and concealing debt, carries a maximum sentence of seven years imprisonment.

Judge Deborah Taylor will sentence six-time Grand Slam champion Becker, who has a previous conviction for tax evasion and attempted tax evasion in Germany in 2002, at Southwark Crown Court from midday on Friday.

He told jurors his 50 million US dollar (about £38 million) career earnings were swallowed up by an expensive divorce to his first wife Barbara Becker, child maintenance payments and “expensive lifestyle commitments”.

The German national, who has lived in the UK since 2012, said he was “shocked” and “embarrassed” when he was declared bankrupt on June 21 2017 over an unpaid loan of more than £3 million on his estate in Mallorca, Spain.

He claimed he had co-operated with trustees tasked with securing his assets, even offering up his wedding ring, and relied on the advisers who managed his life.

However, Becker, who was supported in court by his partner Lilian de Carvalho Monteiro and eldest son Noah, was found guilty of four charges.

The court heard Becker received 1.13 million euros (about £950,000) from the sale of a Mercedes car dealership he owned in Germany, which was paid into a business account used as a “piggy bank” for his personal expenses.

Becker was found guilty of transferring 427,00 euros (£356,000) to nine recipients, including the accounts of his ex-wife Barbara and estranged wife Sharlely “Lilly” Becker, the mother of his fourth child.

He was further convicted of failing to declare a property in his home town of Leimen, hiding an 825,000 euro (almost £700,000) bank loan on the house as well as 75,000 shares in tech firm Breaking Data Corp.