Labour said the revelations revealed that "the reality of her agenda is devastating cuts". 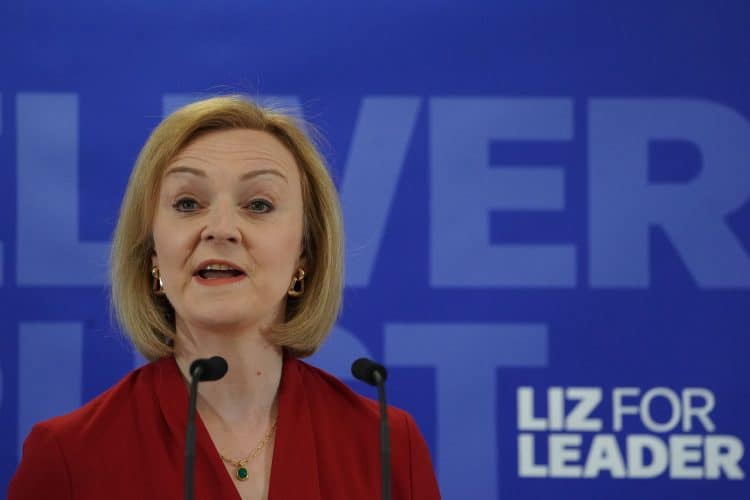 Tory leadership frontrunner Liz Truss has shown her “true colours”, after it emerged she wrote a paper promoting the slashing of doctors’ pay.

In a 2009 paper, Truss called for patients to be charged to see their GP and for doctors’ pay to be slashed by ten per cent in a report for the Reform thinktank, where she was deputy director.

The revelations, revealed by TalkTV, come days after the Guardian published a leaked recording of Truss claiming that British workers needed “more graft” – and suggesting they lack the “skill and application” of foreign rivals.

Truss is the heavy favourite to win the race for Downing Street, with top pollster Sir John Curtice saying he would be “extraordinarily surprised” if she does not take office.

Labour said Truss’s report – entitled “Back to Black” – revealed that “the reality of her agenda is devastating cuts”.

The document has seven authors, including Truss, and recommends cutting £28 billion a year by introducing “user charges for GPs” – and reducing the pay of consultants, GPs and registrars by ten per cent.

It also called for the abolition of universal child benefit, the removal of the winter fuel payment and the scrapping of several major defence projects.

Truss’s campaign told TalkTV’s The News Desk: “Co-authoring a document does not mean that someone supports every proposal put forward.

“Liz is focused on her bold economic plan to boost growth, cut taxes and put money back into hardworking people’s pockets”.

Labour deputy leader, Angela Rayner, said: “Liz Truss’s track record shows her true colours. She is out of touch and out of step with the public.

“The reality of her agenda is devastating cuts that risk national security, punishing patients already facing record waiting times and cutting the pay of frontline workers. Her desperate attempts to distance herself from her own views now will fool no one”.