Air travel did not occur in the US until early in the 1900s, when the Wright brothers - whom Trump praised earlier in his speech - flew the world’s first plane in 1903. 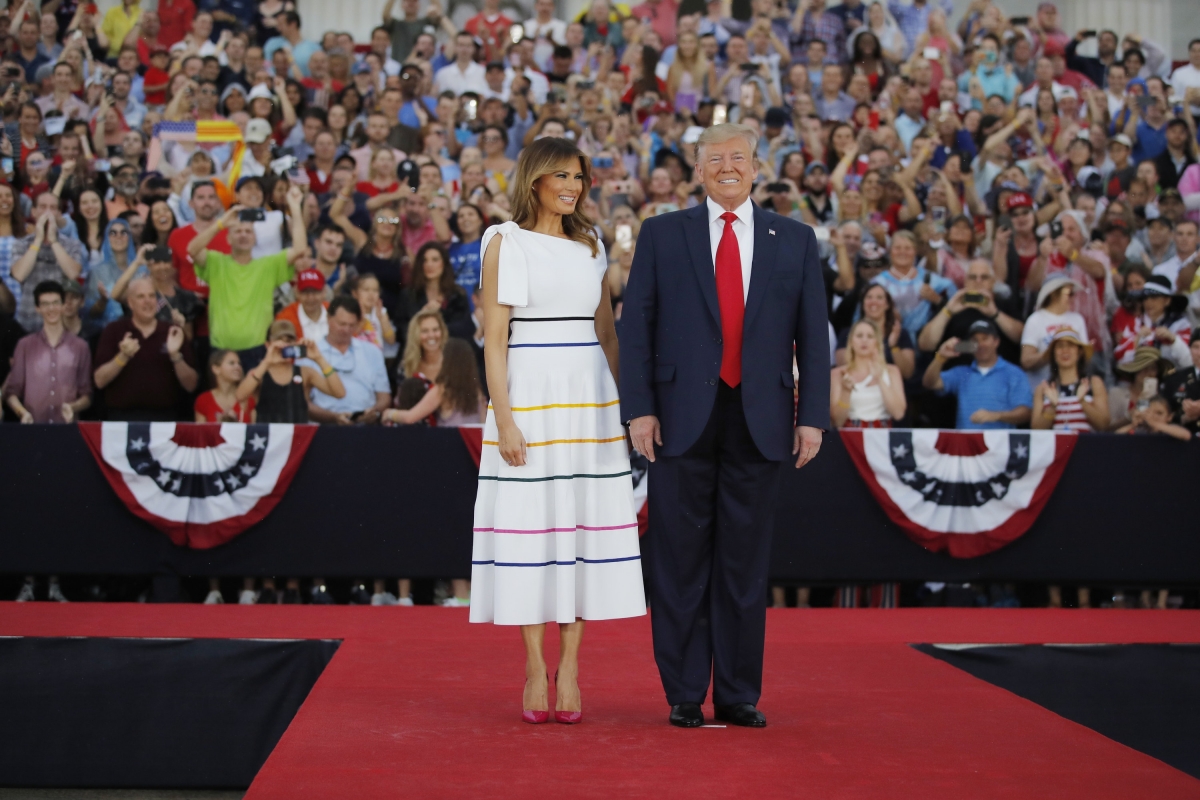 Donald Trump has been roundly mocked on social media today after claiming the revolutionary army “took over airports” to defeat the British in the war of independence in 1775, even though air travel did not occur in the US until early in the 1900s.

The US President delivered a rare scripted speech at Lincoln memorial in Washington DC as part of his 4th of July “Salute to America” celebrations.

He became the first US president in nearly 70 years to address the country on Independence Day, but his speech was not without hiccups.

During his tribute to the army, Trump said: “In June of 1775, the Continental Congress created a unified army out of the revolutionary forces encamped around Boston and New York … The Continental Army suffered a bitter winter of Valley Forge, found glory across the waters of the Delaware, and seized victory from Cornwallis of Yorktown.

“Our army manned the air, it rammed the ramparts, it took over the airports, it did everything it had to do, and at Fort McHenry, under the rockets’ red glare, it had nothing but victory.”

But listeners were quick to point out that air travel did not occur in the US until early in the 1900s. The Wright brothers, whom Trump praised earlier in his speech, are credited with flying the world’s first plane in 1903.

He also managed to confuse the American revolutionary war with the battle of Fort McHenry, which occurred in 1812.

Donald Trump remembers the American War of Independence on the 4th July. “Our Army manned the air, it ran the ramparts, it took over the airports, it did everything it had to do."
American Airports in the 18th century. We learn something new every day.pic.twitter.com/6AVpsrjR8v