It is claimed Mr Johnson said flat was a 'John Lewis nightmare' when he took over. 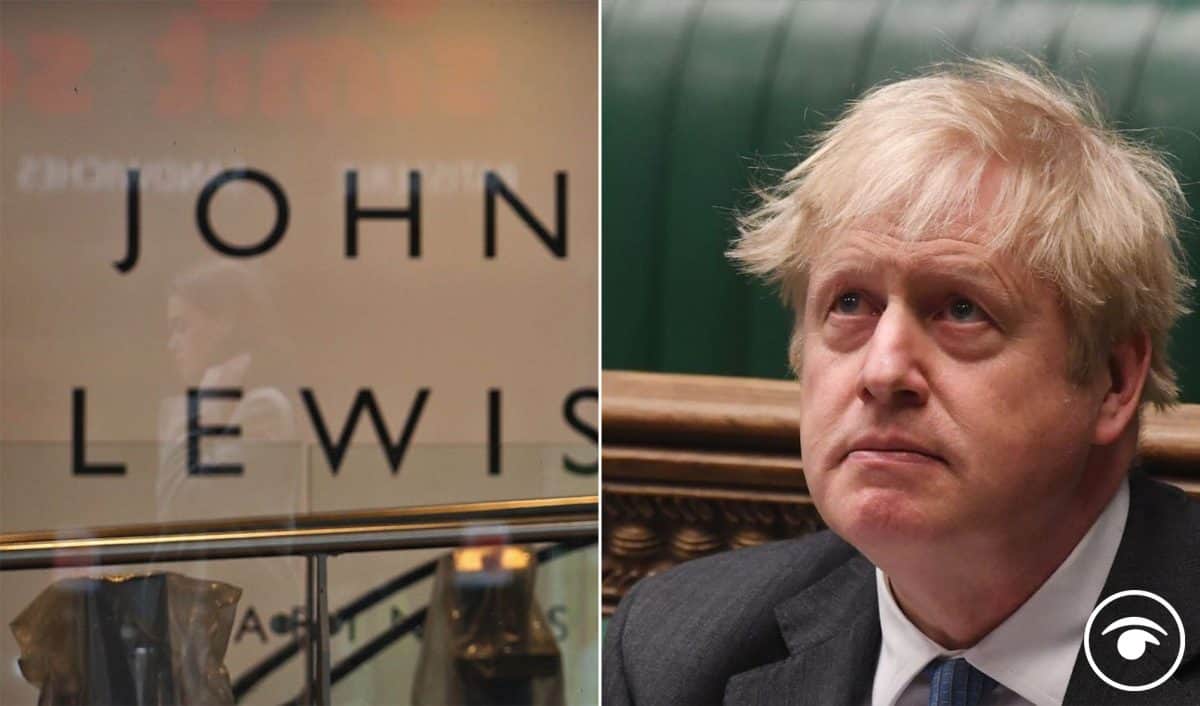 Department store John Lewis appeared to mock Boris Johnson as he faced a probe into the controversial refurbishment of his Downing Street flat. Now Starmer has got in on the act.

The lavish update of the Downing Street decor was reportedly inspired by a desire to get rid of the “John Lewis furniture nightmare” left over by Theresa May.

As the Electoral Commission launched an investigation into how the new look was funded, John Lewis suggested it had something for “almost” everyone.

The description of the flat – attributed to a visitor – was included in a Tatler article on Mr Johnson’s fiancee Carrie Symonds.

On Twitter, John Lewis said: “Time for an interiors refresh?  We pride our Home Design Service on having something for *almost* everyone.”

Labour leader Sir Keir Starmer’s spokesman said “unlike the Prime Minister he doesn’t turn his nose up to John Lewis thinking it’s too downmarket” and “wouldn’t spend £840 per roll on wallpaper”.

The Electoral Commission said there were “reasonable grounds to suspect that an offence or offences may have occurred” during the financing of the revamp of the Prime Minister’s flat above No 11.

The taxpayer funds a £30,000 annual allowance, but the redecoration – reportedly involving the company Soane, co-founded by designer Lulu Lytle – have stretched beyond that.

Time for an interiors refresh? ?✨We pride our Home Design Service on having something for *almost* everyone ? https://t.co/hbWsjU4sm1

Good thing we have a recycling service for old pre-loved furniture ??? pic.twitter.com/uVB9krdDJH

Starmer today trolled the PM by sampling John Lewis wallpaper as he continued the ‘wallpapergate’ row.

He was at the department store’s Manchester site, in a dig at Boris Johnson.

Yeaterday Mr Johnson furiously defended himself at yesterday’s Prime Minister’s Questions after being accused of using £58,000 of Tory funds for a lavish refurbishment of his Downing Street flat.

Reports have suggested wallpaper costing up to £840 a roll was used in the refurbishment.

Keir Starmer has turned up at John Lewis… pic.twitter.com/PKZ10Tx4Jz

Keir Starmer turns up at John Lewis.
Shows he’s got a sense of humour.
Pic via @GettyImages pic.twitter.com/75jmFGSlS4