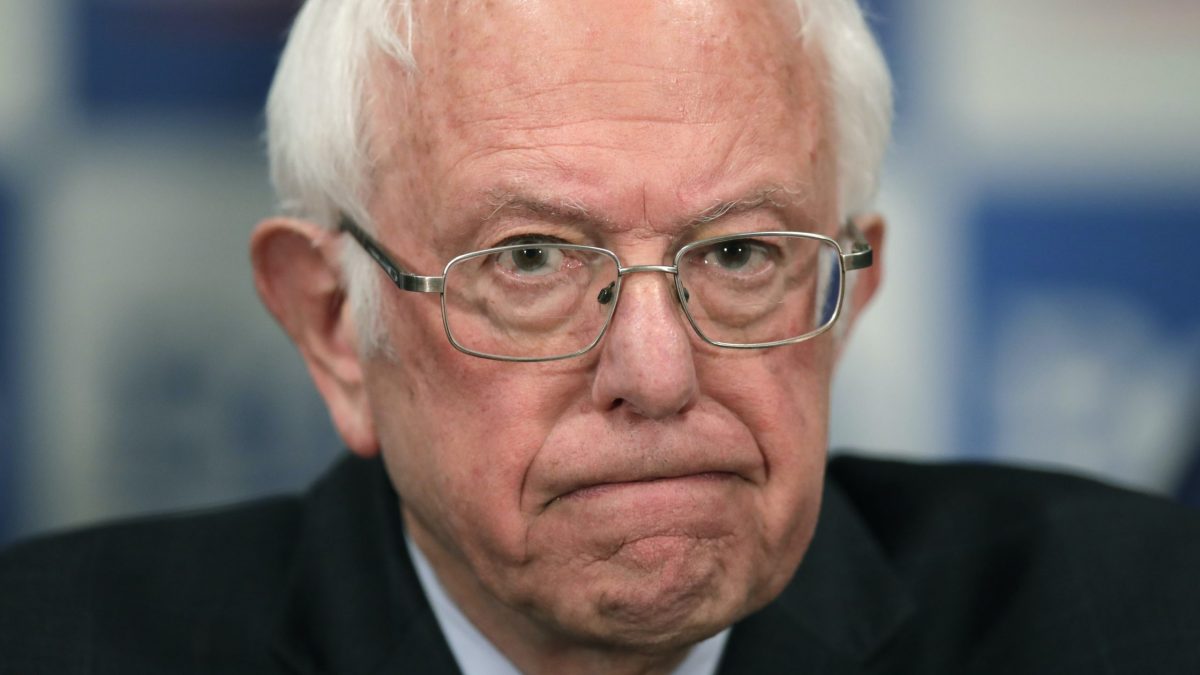 Tributes have poured in for Bernie Sanders after he ended his US presidential bid, leaving Joe Biden as the presumptive Democratic nominee.

“The path toward victory is virtually impossible,” Mr Sanders told supporters as he congratulated Mr Biden.

The former vice president is “a very decent man whom I will work with to move our progressive ideas forward”, he said.

Mr Biden credited Mr Sanders for creating “a movement” and appealed to his progressive supporters.

“I see you, I hear you, and I understand the urgency of what it is we have to get done in this country,” Mr Biden said.

“I hope you will join us. You are more than welcome. You’re needed.”

Jeremy Corbyn sent solidarity to Mr Biden, saying “the struggle for a better world goes on”.

Peter Lopez thanked the Vermont Governor, saying “I don’t know how hard it must be to be on the right side of history and stand alone for so many years fighting for the working class and poor.”

Elizabeth Bruenig wrote in the New York Times that America will wave goodbye to an “honest man’s campaign“.

While Noam Chomsky reminded us that although Sander’s campaign is over, his messages will not be forgot.

He said: “It’s common to say now that the Sanders campaign failed. I think that’s a mistake. I think it was an extraordinary success, completely shifted the arena of debate and discussion.”

Today I am suspending my campaign. But while the campaign ends, the struggle for justice continues on. https://t.co/MYc7kt2b16

Sanders’ suspension of his presidential campaign effectively has set the stage for a November duel between President Donald Trump and former vice-president Joe Biden for the keys to the White House.

“It won’t be easy. Nobody’s confused about that. But we are ready for the general election. We are ready for our standard-bearer,” Democratic National Committee chairman Tom Perez said.

“I’m confident because Joe Biden’s values reflect the values of the majority of the American people that we can win.”

In Mr Biden and Mr Trump, voters will choose between two white septuagenarians with dramatically different prescriptions for health care, climate change, foreign policy and leadership in an era of extreme partisanship.

And having spent most of his life as an elected official in Washington, no nominee has had more experience in government.

But in Mr Trump, Mr Biden is up against an adversary the likes of which he has never faced in his decades-long political career.

The 73-year-old Republican president opens with a massive cash advantage and a well-established willingness to win at any cost.

Mr Trump’s campaign is moving forward with a multi-pronged attack that mixes legitimate criticism with baseless charges and, in some cases, outright conspiracy theories.

It is similar to the tactics Mr Trump used against Mrs Clinton four years ago with unexpectedly devastating success.

Trump campaign spokesman Tim Murtaugh said Mr Biden will be portrayed as too liberal for most Americans, weighed down by questions about his son’s overseas business dealings and about questionable mental acuity at his age.

Shortly after Mr Sanders’ announcement, the president charged without evidence that Democratic leaders were plotting against Mr Sanders.

Before Mr Biden can shift his entire focus to Trump, the former vice president is tasked with winning over Mr Sanders’ sceptical far-left supporters, who have trashed Mr Biden’s record on trade, criminal justice, corporate America and foreign policy.

The party’s most progressive wing also fears that Mr Biden’s policies on health care and the environment, among others, do not go far enough.

For example, Mr Biden supports universal health care, but unlike Mr Sanders, he would preserve the private insurance system and offer Americans a government-backed “public option” instead of Mr Sanders’ signature Medicare For All.

Mr Biden’s advisers note that he had already begun reaching out to Mr Sanders’ aligned progressive organisations, including those focused on young people like the Sunrise Movement and the March For Our Lives.

Sanders suggested that any full-throated endorsement of Biden would come with strings attached. “We are talking to Joe and we are talking to his team about how we can work together,” he told CBS “Late Show” host Stephen Colbert.

In a sign of what he hopes will come from those talks, Mr Sanders said: “I hope to be able to work with Joe to move him in a more progressive direction.”

Mr Obama has not yet spoken on his former deputy’s effective coronation as presumptive nominee but he and former first lady Michelle Obama are ultimately expected to help rally the party behind Biden, who served for eight years as Mr Obama’s vice president.

Mr Trump tried to raise suspicion about why Mr Obama had yet to endorse Mr Biden, saying: “When is it going to happen? Why isn’t he? He knows something that you don’t know.”

Former presidents typically do not interject themselves in the primary process, and Mr Obama had long maintained he would not get involved until a nominee had been selected.

Mr Biden’s new status as the presumptive nominee affords him the freedom to move forward more openly with selecting his own running mate.

Mr Trump received three million votes fewer than Mrs Clinton 2016 but won a comfortable victory in the Electoral College after campaigning strongly in key states, winning over many working class voters who had previously been Democrats.

Related: Coronavirus could be Trump’s reckoning