Austerity deaths and COVID policies have sent tens of thousands to an early grave. 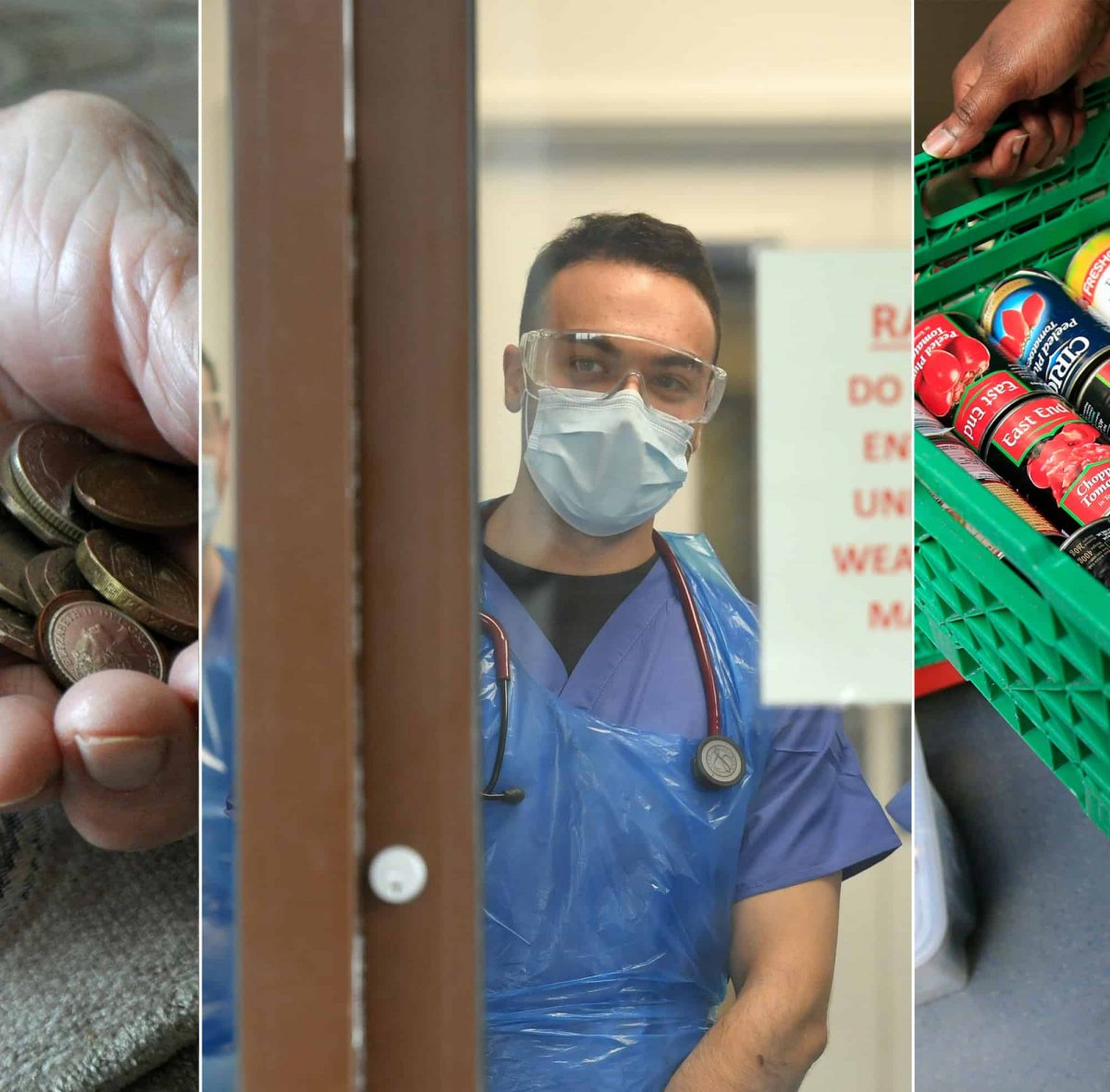 A decade of Tory austerity, coupled with the more recent COVID-19 mismanagement, has killed over 250,000 people, an exclusive TLE investigation has revealed.

More than 100,000 people have died following social security cuts, while around 120,000 perished due to reductions in health and social spending and experts have predicted that the UK’s COVID-related death toll of circa 60,000 is double the number it needed to be.

Coupled with the tens of thousands of lives cut short by a failure by successive governments to impose tougher legislation to tackle air pollution and you have a pretty grim picture.

As part of Tory-Liberal coalition and later Tory government “reforms,” unprecedented numbers of social security claims were denied or terminated. Between March 2014 and February 2017, 119,590 deaths were recorded by the Department for Work and Pensions (DWP).

The deceased had recently been “flowed off” Incapacity Benefit, Severe Disablement Allowance, and/or Employment Support Allowance. Many died as a direct result: Stress triggered fatal heart-attacks, strokes, and seizures; significant numbers of claimants with depression killed themselves; anxiety shortened the lives of terminally-ill people; and some starved to death. In the same period, life expectancy declined. Consider the following cases as a tiny sample of the broader toll:

After his social security was terminated, Mark Wood (44) of Oxfordshire was found dead, weighing five stone. Likewise, Errol Graham (57) died in his Nottingham flat with no gas or electricity, weighing four-and-a-half-stone.

Forty-nine-year-old James Oliver’s death in Hastings from chronic liver disease was accelerated by the stress caused by the DWP’s refusal to award social security. His brother, David Smith, says that James sank into despair: “He just downed more or less anything he could lay his hands on.” The death of Moira Drury (61) of Essex, who had cancer, was also hastened by the torment. Her daughter Nichole said: “She told me the day before she died that the stress of having her benefits removed contributed to her decline.”

David Barr (28) of Fife jumped from the Forth Road Bridge after his money was stopped. Leanne Chambers (30) drowned herself in the River Wear, Durham, in fear of an impending Work Capability Assessment. Citing data protection, between 2015 and 2020, the DWP destroyed 50 internal reviews into claimants’ suicides. Linda Cooksey, the sister of the blind and agoraphobic suicide victim, Tim Salter, describes it as a “cover-up.”

In addition to the above, successive Tory governments cut back on health and social care. A few years ago, the BMJ published a study suggesting that 120,000 people in England alone had died and would die between 2010 and 2020 as a result of health and social care cuts. DWP cuts killed people of all ages. Health and social spending reductions mainly ended the lives of the over-60s.

Since 2010, the Tories have cut local social care budgets by 9 percent per person. Age UK found that by 2019, 1.3m pensioners, including those who could afford to pay, were waiting for care home vacancies. Between June 2017 and December 2019, 74,000 elderly people in England alone died without receiving the social care they needed. Care providers typically say that applicants either do not meet eligibility requirements or the applicants are passed to other service providers.

Consider the effects of cuts to the health system.

Over 5,000 people died between 2016 and 2019 on hospital trolleys after waiting between six and 11 hours for treatment. Donald Driver (84) of Coventry died after falling from a trolley, following a six-hour wait: “had my father been prioritised … [he] would still be here,” said his daughter, Emma. Ambulance response times are worsening. Joseph Edge (74) of Denbighshire, Wales, died of a heart-attack after waiting 16 hours for an ambulance. In addition, between 2013 and 2017, appointment waiting times increased by 50 percent and preventable deaths increased by a quarter. Norma Smith (57) of Cumbria died of a heart-attack and from oesophageal cancer, following a seven-month wait to see an ear, nose, and throat specialist.

Cambridge Professor Lawrence P. King, who participated in the BMJ study, described austerity as “a public health disaster. It is not an exaggeration to call it economic murder.”

The decade of Tory-Liberal cuts brought much of the UK to the brink of collapse. Then COVID-19 struck. The Tory cult of ultra-neoliberalism’s first reaction was to save profits (“the economy”) by carrying on as normal.

“[W]hen there is a risk that new diseases such as coronavirus will trigger a panic and a desire for market segregation that go beyond what is medically rational,” Boris Johnson told businesses in February, “humanity needs some government somewhere that is willing at least to make the case powerfully for freedom of exchange.” Johnson said that the UK (meaning the poor and vulnerable) would be that country: “ready to take off its Clark Kent spectacles and leap into the phone booth and emerge with its cloak flowing.”

Superman Johnson turned out to be a COVID super-spreader, boasting on 3 March, and in defiance of local guidelines for physical contact: “I was at a hospital where there were a few coronavirus patients and I shook hands with everybody.” Some in Johnson’s cabinet, as well as his scientific advisors, subsequently caught COVID. Following the alleged advice of Dominic Cummings (which he and the government deny), namely “herd immunity …if that means some pensioners die, too bad,” it was as late as 23 March that the UK officially locked-down. The Johnson government also refused to follow World Health Organization guidelines on tracking, testing, and tracing.

By June, the Office for National Statistics reported 63,000 excess deaths, the majority of which were linked to coronavirus and its effects. In the US, research suggests that early lockdowns could have prevented significant rates of mortality. In the UK, Professor John Edmunds of the government’s Scientific Advisory Group for Emergencies said: “I wish we had gone into lockdown earlier. That has cost a lot of lives.” Two days later, Professor Neil Ferguson, one of the original modellers at Imperial College London, told the Science and Technology Committee: “had we introduced lockdown measures a week earlier, we would have reduced the final death toll by at least a half.”

Ergo, the Johnson administration is responsible for at least 30,000 COVID-related fatalities.

“[S]ome things went right,” Boris Johnson reassured us in an address on 30 June, with fluorescent builders’ jackets and hardhats placed strategically behind him. The Cummings-Isaac Levido propaganda strategy told the UK via a sign emblazoned on the podium that Johnson will “build, build, build” (minus the commas). Blaming the COVID disaster on unnamed public service departments, Johnson announced a bonfire of regulations as part of “Project Speed.”

The Tory machine’s lies worked for the 2019 general election, but the public is now fooled less and less. At the time of writing, Johnson’s approval rating is lower than that of the opposition leader, Keir Starmer. If the trend continues into the next election, there could be a chance for a Labour government and for Britain to finally raise its living standards up to the level of most Western European countries.