Baroness Morrissey went on LBC and said Johnson is "damaging" and a "liability". 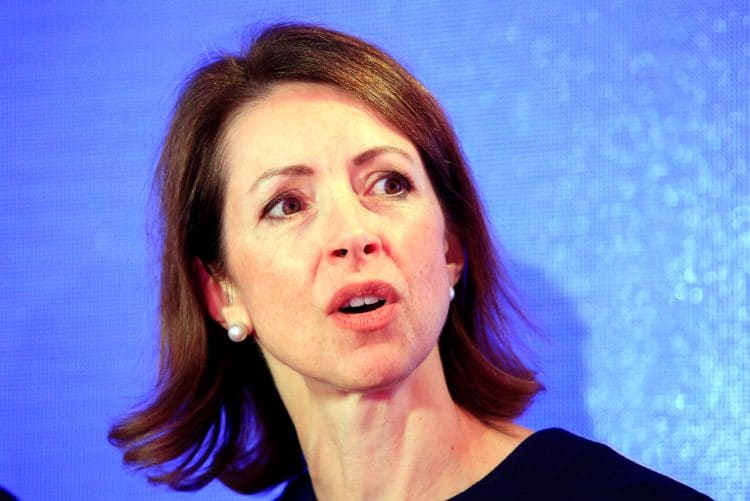 A Conservative peer has been forced out of her job at the Foreign Office after branding Boris Johnson a “liability” – and telling him to resign.

Baroness Morrissey said the prime minister had shown no contrition after surviving a vote of no confidence on Monday, despite 148 of his own MPs voting for him to quit.

Foreign Secretary Liz Truss was reportedly outraged by the peer’s comments, and instructed the department’s top civil servant to sack her.

Baroness Morrissey had been lead non-executive director at the Foreign Office – but she derided Johnson as “damaging” to the Tories.

‘Jumped before she was pushed’

A source close to Truss told reporters: “She jumped moments before she would have been pushed.”

Baroness Morrissey was asked during an appearance on LBC whether she wants Johnson to carry on in as prime minister.

She said: “In all honesty I would rather he didn’t. I don’t see any contrition.”

Asked about the impact of Johnson clinging on to power, the Tory peer added: “I do think it will be damaging and I think we won’t have seen the end of it.”

She said that she was not surprised that 41 per cent of Tory MPs voted against Johnson in Monday’s confidence vote.

“When wavering MPs saw the booing of the Prime Minister outside St Paul’s they could see he has become a liability rather than an asset,” she said, adding that Johnson was a “very talented person” – “he’s just in the wrong job”.

A Foreign Office spokeswoman said: “Helena Morrissey has left her role as lead non-executive director at the FCDO.”

The official declined to comment on suggestions Sir Philip Barton – the department’s top civil servant who Truss has backed despite MPs demanding his resignation over the Afghanistan crisis – was told to sack the adviser.

“Her drive, focus & commitment to diversity will be badly missed,” he added.