In an emergency debate on Afghanistan, Lord Robathan said the UK had caved in to "ignorant left-wing activists". 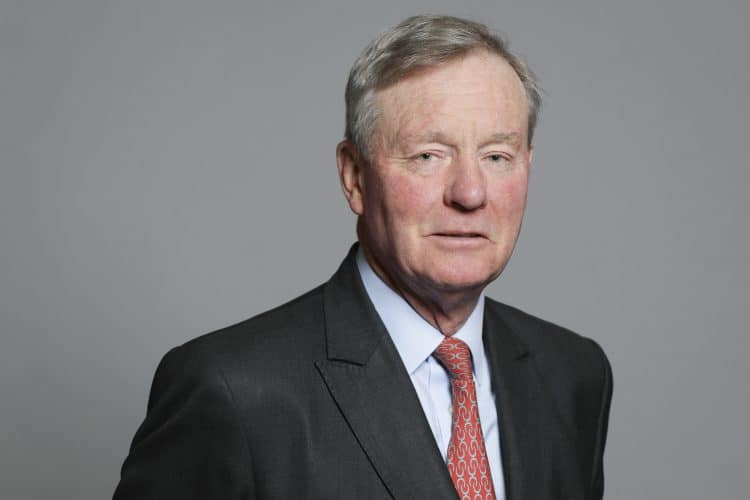 A Tory peer has claimed that Britain’s enemies have been bolstered because the country is lacking “confidence” and “caving in” to “left-wing” causes like Black Lives Matter during an emergency debate on Afghanistan.

Lord Andrew Robathan told the House of Lords that the UK must restore its place in the world following the Taliban’s shocking capture of Afghanistan.

“We need to focus on restoring the standing of the West, of Nato and of Britain, and our values around the world,” he said.

“We need to show confidence in our values, our history and our society and be proud of our history, not apologising the whole time and caving in to incredibly ignorant left-wing activists, such as Black Lives Matter, elsewhere. Our enemies sense our collapse in confidence and our weakness.”

Crossbench peer Lord Simon Woolley called out the Conservative peer’s remarks, saying: “My Lords, let me first say shame on Lord Robathan to make make cheap, divisive remarks in this important debate about Afghanistan by claiming that Black Lives Matter is somehow against the interests of the UK.

“Black Lives Matter is about equality, diversity and decency – something he has lacked today.”

Campaign group Windrush Lives told The Independent: “These types of views tend to cut across to all other non-white causes, pressure groups etc, which is how Lord Robathan managed to shoehorn a sideswipe at BLM into this unrelated and very serious emergency situation.”

And Lord Woolley later told the newspaper: “On the most important parliamentary debate that I’ve been involved in, it was gut wrenching to hear Lord Robathan’s divisive remarks made on a day in which the Lords were focused on Afghans – who most of us felt had been let down by the west.”

“Robathan sought to use the stage to demonise all those who have fought for racial justice in a most despicable way.”

Elsewhere in his controversial speech, Lord Robathan dismissed Afghanistan as a “tribal” and “backward” country, saying: “We have never understood Afghanistan – it is more than a foreign country, it is totally different.

“It is a tribal country, it has tribal elders, a religion which we don’t entirely understand, it can be very backward and has some barbaric practices.”

Speaking to The Independent, Lord Robathan said: “My comments have nothing to do with race equality. I was speaking about the collapse of confidence in Western society and values, which will have Putin, and others who wish us ill, laughing at us.

“BLM wants to end the capitalist system, so I understand, as well as “defund the police”.”

Larry the Cat has more Twitter followers than Liz Truss