Jacob Rees-Mogg looked deeply uncomfortable as Mark Harper called for the PM to step up and apologise for getting it wrong. 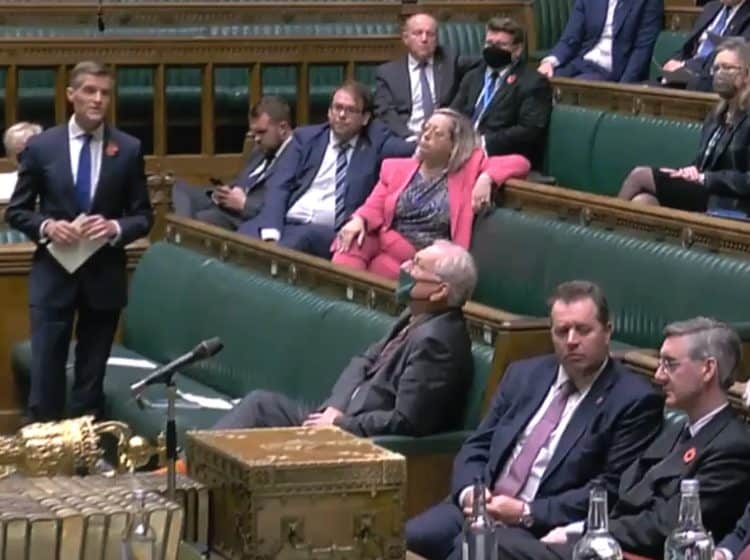 A former Tory whip has voiced his disappointment in parliament at what he describes as“one of the most unedifying episodes” he has seen in his 16 years as a Member of Parliament.

Mark Harper, the MP for Forest of Dean, hit out at the government this weekend, tweeting:

“My colleagues should not have been instructed, from the very top, to vote for this.

“This must not happen again.”

Appearing in the Commons today alongside a smattering of Tory colleagues, he explained that the Amendment vote on parliamentary standards should never have been whipped and should have been a free vote – concerns he had privately voiced ahead of the motion.

Going on to express concerns over Boris Johnson’s leadership, he said:

“Politics is a team game, it is essential to work with your colleagues to deliver anything.

“But if the team captain expects loyalty and the backbenchers and ministers to listen to the direction of the team captain, they deserve decisions to be well thought through and soundly based.

“And if the captain gets it wrong, he should apologise. That would demonstrate leadership.”