He said he would vote against the Tories on fracking, but he'd lose the whip and his letter to Sir Graham Brady would fall. 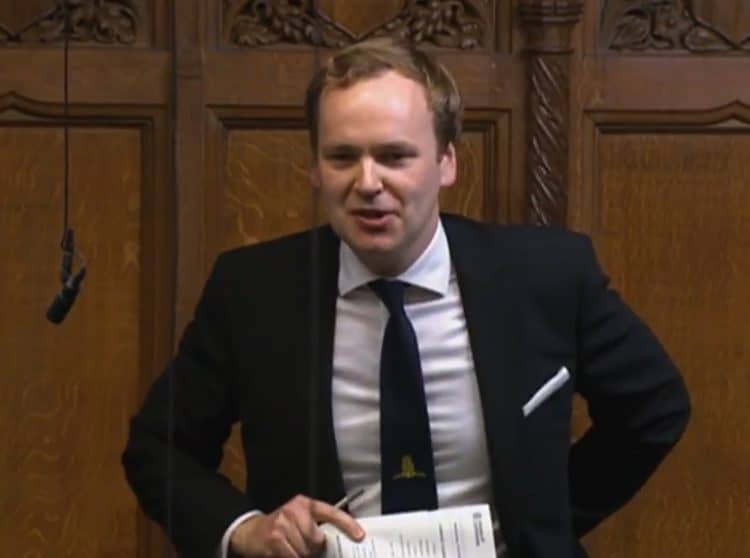 A Conservative MP has confirmed in the House of Commons that he has submitted a letter to 1922 Committee chairman Sir Graham Brady, demanding a vote of no confidence in the Prime Minister.

William Wragg, who is vice chairman of the influential committee of Tory backbenchers, told MPs he would like to vote with Labour to ban fracking because he is opposed to it.

However, because the vote is being treated as a “confidence motion” in Liz Truss’s embattled Government, he decided not to because he would lose the whip and his letter of no confidence in the PM would “fall”.

Mr Wragg said he is “personally ashamed” by what occurred after the mini-budget and cannot tell his constituents in Hazel Grove, Greater Manchester, that “they should support our great party”.

“The lack of foresight by senior members of the Government, I cannot easily forgive,” he added.

He also said he found the “trashing” of the reputations of the Bank of England and the Office of Budget Responsibility during the Tory leadership contest to be “near Maoist in its nature”.

“Orthodoxy, Treasury orthodoxy came under attack,” he said. “I am a Conservative, I suppose orthodoxy goes hand in hand with that.”

Mr Wragg told the Commons “I oppose fracking” but added: “If I vote as I would wish, then I would lose the whip.

“I would no longer be vice chair of the 1922 Committee.

“I would no longer maintain a position as a chair of one of the select committees of the House.

The MP’s comments came during an opposition day debate on economic responsibility, which preceded the one on banning fracking.

The 1922 Committee’s rules stipulate that a prime minister cannot face a confidence vote during their first year in office.

Outside the one-year grace period, 15% of the parliamentary party would have to submit letters of no confidence to committee chairman Sir Graham for a vote to be held.