The MP's constituency sits next to some of the most at-risk flood areas in Britain. 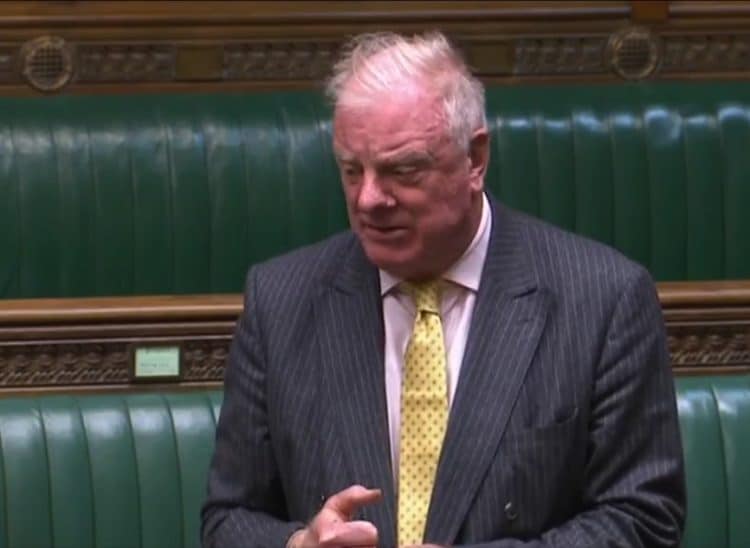 A senior Conservative MP has warned Boris Johnson not to “get ahead of public opinion” by committing the UK to climate change action.

Sir Edward Leigh, the MP for Gainsborough, spoke out in the House of Commons yesterday as world leaders thrashed out a deal to “phase down” coal power generation and cut other fossil fuel emissions over the coming years in the hope of keeping global warming within 1.5C.

He cautioned the prime minister against overlooking voters’ real interests, which are primarily “great big bloody heating bills” and not the future of the Great Barrier Reef.

His comments, calling for unrestrained use of the UK’s natural gas supplies, signalled the continuing presence on Tory backbenches of distaste for the PM’s adoption of the climate emergency cause.

“Could I urge the prime minister and other world leaders not to get ahead of public opinion on this,” said Sir Edward.

“They are heavily reliant on gas, of which we have abundant supply.

“Manufacturers in northern ‘levelling up’ towns are worried about their competitiveness with China as more and more regulations are imposed on them.”

In response, Mr Johnson insisted it was “entirely realistic to move very rapidly to renewable energy” as the cost of wind and solar power dropped, and said the UK would have a “first mover advantage” in becoming a leader in what he termed a “green industrial revolution”.

The PM hailed Cop26 as “the summit that proved the doubters and the cynics wrong” – as he said it kept alive the aim of limiting global temperature rises to 1.5C, and united the world in “calling time on coal”.

But he lashed out at countries who “really should know better” for “dragging their heels” on climate commitments made in Paris in 2015.

Despite a last-minute ambush by China and India which watered down action on coal, Mr Johnson said Glasgow would be remembered as the place where “the world began to turn the tide”.

He played down the significance of the intervention by Beijing and Delhi, which reduced Cop26 president Alok Sharma to tears on the conference podium.

“You can’t phase out coal without first phasing it down as we transition to other, cleaner energy sources,” the prime minister told MPs.

But Labour leader Sir Keir Starmer said that hopes were “now on life support” of limiting global warming to levels which scientists believe will avert the most catastrophic consequences.

“We still have the chance to keep 1.5C alive, but only with intensive care,” said Starmer.

“We have to speak honestly about the challenge we face to rebuild the coalition that we need, and to take on the big emitters. We can and we must change course.”