He argued that Brexit was not to blame for supply problems and that it is actually in our "long-term interests that these logistics chains do break". 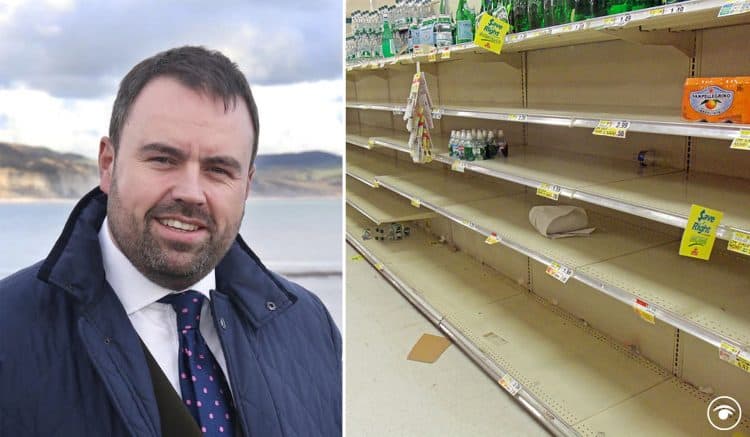 A Conservative MP has argued that allowing supermarket supply chains to break could be a good thing, even if it causes short-term problems.

Chris Loder told a fringe meeting at the party conference that it was high time that Britain returned to the good old days when farmers sold their milk to the village shop.

“I think actually one great opportunity we have from the issues we see at the moment is actually for some of these supermarket supply chains to crumble,” Loder, who was first elected MP for West Dorset in 2019, said.

Arguing that Brexit was not to blame for the problems. He went on:

“I know it might not feel like it in the immediate term. But it is in our mid and long-term interest that these logistics chains do break.

“It will mean that the farmer down the street will be able to sell their milk in the village shop like they did decades ago. It is because these commercial predators – that is the supermarkets – have wiped that out and I’d like to see that come back.”

“It didn’t take long for the mask to slip at Conservative Party conference. That some Tories appear happy to see Britain’s supermarket shelves go empty for the sake of their sepia-tinted fantasies really beggars belief.

“Britain’s supermarkets are the lifeblood of our economy and help put food on millions of British tables. The Conservatives need to get back to the real world and get a grip on the crises working people are facing.”

Related: ‘Out of touch’ Johnson accused of ignoring the plight of pig farmers