After being called out for false claims about wages, it also appears he got his MoJ and police recruitment numbers wrong. 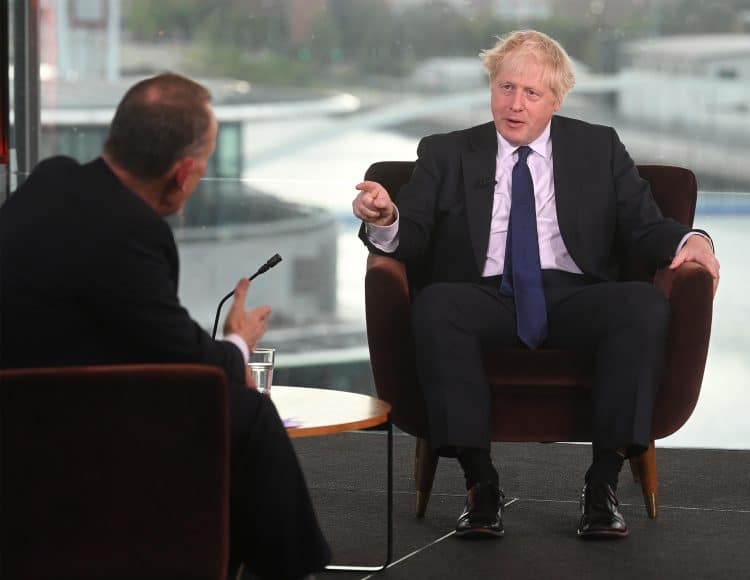 Boris Johnson’s days of being able to lie with impunity could be numbered following his car crash interview with Andrew Marr.

The prime minister was called out live on air by the TV host after he claimed that we are finally seeing growth in wages.

He asserted that “after more than ten years of flatlining what you are seeing is people on low incomes being paid more”, clearly overlooking the fact that it is his party that has been in charge throughout that time.

“The Office of National Statistics, your own body, said in the last reporting period wages are not keeping pace with inflation.

“So in other words, in real terms wages have gone down not up.”

Later on in the day the BBC also fact-checked other claims made during the show, namely in relation to the horrific rape and murder of Sarah Everard.

Asked on Marr about rape prosecutions the PM said his government was “investing massively in policy and all aspects of the justice system.”

But that again was not strictly true.

Police recruitment is also not up by as much as the Tories would have you believe.