“After years of huge government cuts and staffing falls there is a real threat that fire and rescue services may not be able to deal with every incident." 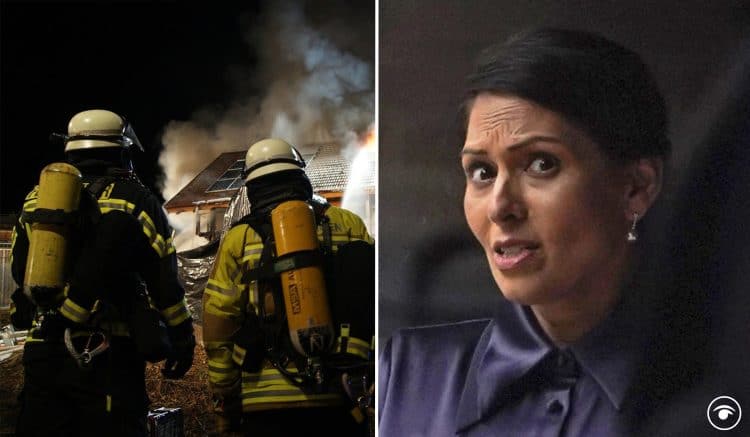 Firefighters might not be able to fight all fires, a union has warned Priti Patel as she prepares to address the Conservative Party Conference.

New figures obtained from a freedom of information request show that staffing numbers have reached a new low since the beginning of austerity in 2010.

One in five firefighter roles that existed in 2010 no longer exist, with a fall in numbers of 11,680 since then.

Matt Wrack, general secretary of the Fire Brigades Union, said: “After years of huge government cuts and staffing falls there is a real threat that fire and rescue services may not be able to deal with every incident, and fight all fires: for example, we have heard senior service managers state that the public should lower their expectations that large wildfires can be tackled.

“The cuts are weakening the day-to-day work of the fire and rescue service in every single area; they are making people less safe. They also pose a threat to the ability to respond to large-scale incidents – particularly if more than one were to occur at the same time.

“Households deserve to feel protected. We all want to be able to walk past fire stations and know that there are enough people in there to protect us. And firefighters will always do whatever they can to save lives. It’s time the government does the same.”

Other standout figures include a cut of 70 firefighters between 2020 and 2021 alone in Hampshire, and 49 in Devon and Somerset.

Related: ‘Out of touch’ Johnson accused of ignoring the plight of pig farmers