Nigel Mills was one of only 13 Conservative MPs who voted against overturning Owen Paterson's suspension. 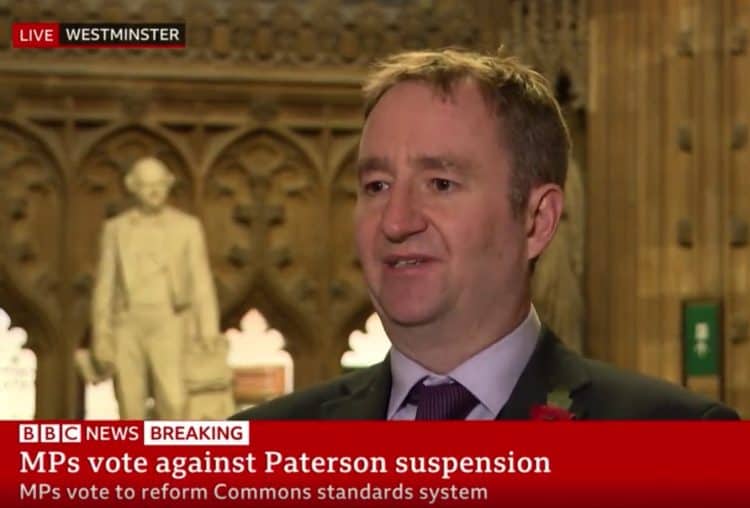 A Conservative MP has spoken out after defying a three-line whip to vote against moves to reform the House of Commons standards system – saying he thought it was the “wrong thing to do”.

Nigel Mills, the MP Amber Valley, was one of just 13 Tory MPs to defy the whip last night after the move to overturn Owen Paterson’s suspension was passed with a majority of 18.

Speaking to BBC News Mills made it clear why he could not, in good conscience, support the motion.

He said: “I actually read the full commissioners report and I was convinced the process was fair.

“I think to try and create a review of the process when you have just announced the verdict looks like you’re just trying to escape the verdict.

Related: ‘Even the Daily Mail’ trends as newspapers hit out at Tory sleaze