“Oh yes, I am a woman," the MP for Rutland and Melton hit back following a heated exchange. 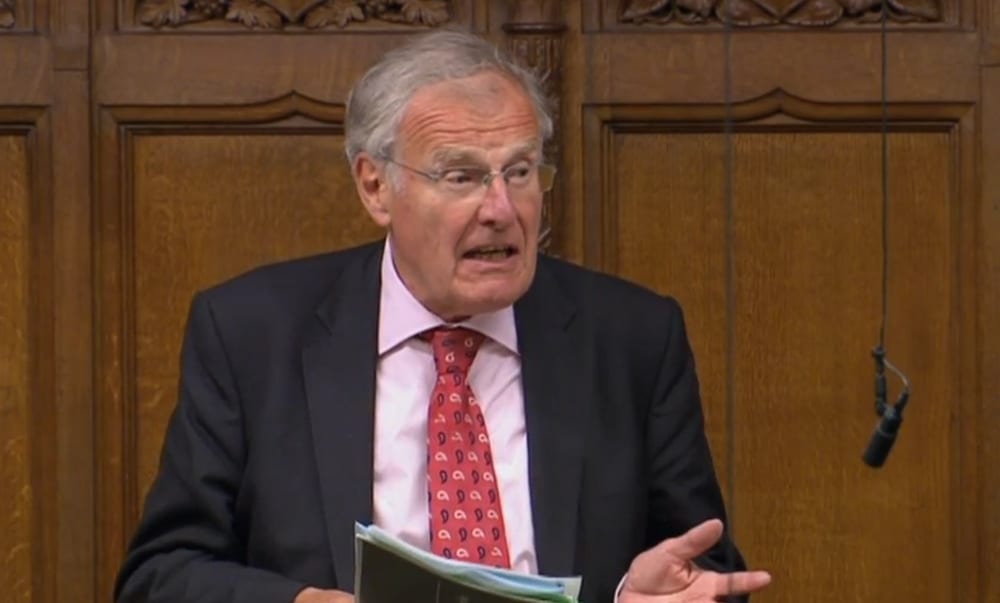 A veteran Conservative MP has been accused of ‘mansplaining’ and sexism after he urged a fellow colleague to “apply her mind” during a House of Commons debate.

Earlier this week Christopher Chope blocked a bid by Boris Johnson to endorse the investigation into Owen Paterson and scrap the controversial standards reforms.

He shouted “object” in the Commons chamber when the motion to overturn the widely criticised attempt was put forward, meaning it could not be approved on Monday evening.

Alicia Kearns, the MP for Rutland and Melton, told Chope parliament had already had “four and half hours of debate” and needed to move on.

“Do our constituents not deserve us to focus on delivering on those promises we made to them and things that matter to them?” she said.

“How much time does he want us to give? Is it five hours? Ten hours? When will it be enough?”

To angry shouts from the Tory benches, Chope replied: “Clearly in the time to which she has been referring she hasn’t applied her mind to the principle issue.”

In 2018, Chope was again the lone MP to block attempts to make upskirting a specific criminal offence punishable by up to two years in prison.

The voyeurism (offences) bill on upskirting – the taking of surreptitious, sexually intrusive images – was put forward by the Liberal Democrat MP Wera Hobhouse after a campaign by Gina Martin.

However, when the deputy speaker Lindsay Hoyle read out the name of the bill later that day, the Tory MP Christopher Chope shouted: “Object”. Without sufficient time in the session for a proper vote it was sent back for another try on 6 July.

Related: Boris Johnson tells Brits: wearing a mask is the ‘responsible thing to do’