The former Lord Mayor of Portsmouth strenuously denies the allegations. 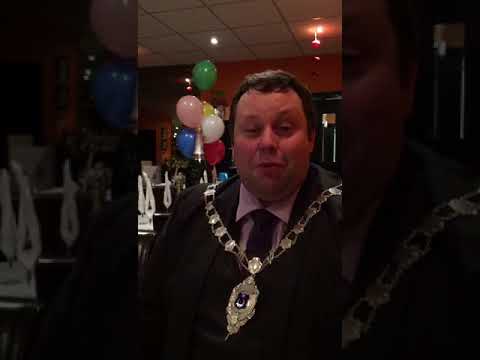 A Tory councillor and former Lord Mayor of Portsmouth has been suspended from the party after a photo was leaked from his Snapchat showing a swastika-style emblem baked onto a hot cross bun.

According to reports in the The News, Lee Mason posted a picture of five traditional Easter snacks cooling on a metal rack, with one carrying the former Nazi slogan.

He has had his membership removed while an investigation is carried out, but strenuously denies the allegations.

Other buns, including one with the word ‘sex’ and another with what he described as a Scottish National Party logo, were his and had not been changed in any way.

The news has outraged a Jewish rights group, who have demanded action from the Tories.

A spokesman for Campaign Against Antisemitism said: “Next week the Jewish community will be observing Yom HaShoah, remembering the six million Jewish men, women and children slaughtered during the Holocaust just for being Jewish.

“Whether the emblazoning of a swastika on a hot cross bun was meant as a celebration of the abominable Nazi regime or a joke, the Jewish community and local residents in Portsmouth expect better from their representatives, and the Conservative Party must investigate this councillor’s conduct immediately.’

But a former Jewish city councillor has defended Cllr Mason, insisting the under-fire Tory was “absolutely not an anti-Semite”.

Jezz Baker, who was a Tory councillor for seven years, claimed the image looked “more like a Hindu symbol” than a swastika.

The 58-year-old added: “I’m a Pompey Jew, born and bred, and my hatred for swastikas is enormous.

“But if there is one person that is not anti-Semitic and has nothing Nazi about him whatsoever it’s Lee Mason.

“Lee has been so, so supportive to the Jewish people of Portsmouth since he was a student. He is such a nice guy. I’d trust him with my life.”