'The times they are a’changing.' 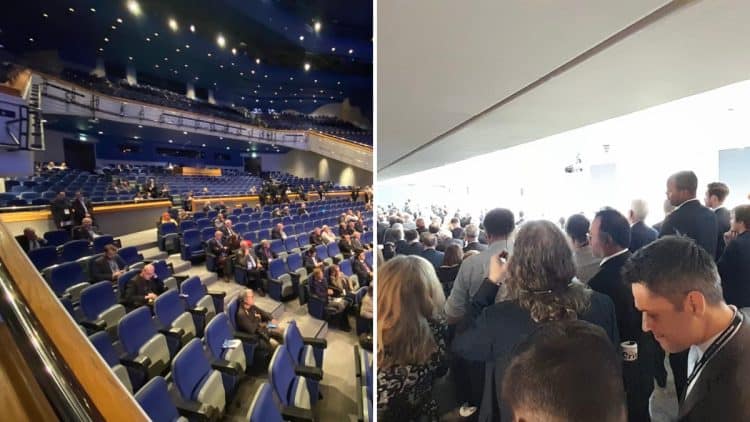 There were calls to swap a pro-EU fringe event for the main hall after delegates crammed into a room to hear David Gauke and Michael Heseltine speak.

With the Conservative Party in turmoil, the main conference room at the ICC in Birmingham was sparsely populated as MPs took to the stage to set out their policies.

At 4pm, Kwasi Kwarteng is due to set out how he plans to deliver a growing economy.

It comes following a spectacular pivot earlier in the day in which he reversed plans to cut the top rate of tax following a week of market turmoil.

He said one person turned up to the event and decided to leave because they couldn’t get in.

“You should have swapped with the event in the main hall, I think there’s more here than in there”, he said.