Data from the social media giant shows the Tories spent £86,020 on targeted advertising on Facebook in the 30 days to August 17. 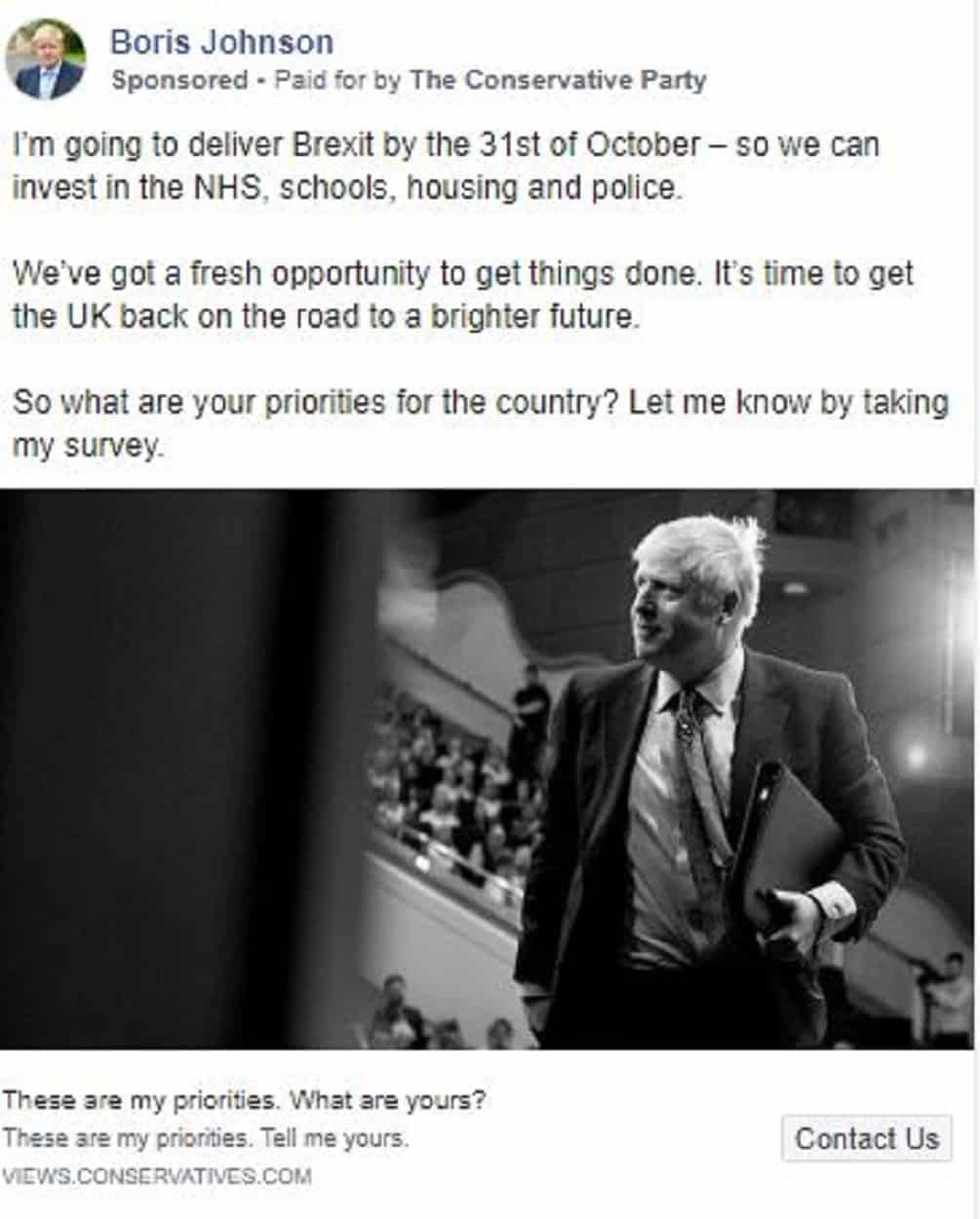 The Conservative Party has significantly ramped up Facebook spend as Dominic Cummings takes charge of its communications strategy.

The 30-day total is more than three times the amount spent by the Labour Party (£23,135) during the same period.

Their ads – since released to a committee of MPs investigating the campaign – focused on specific issues such as immigration or animal rights thought likely to push the buttons of certain groups of people, based on their age, where they lived and other personal data taken from social media and other sources.

Many of the current Conservative-funded Facebook adverts targeted political opponents, including one in the past week specifically aimed at constituents of former Tory MP Sarah Wollaston.

One of several similar versions of the advert aimed at residents of Totnes, Devon, read: “Should your MP, Sarah Wollaston, be ignoring YOUR vote to leave the EU? Tell her YES or NO now.”

Ms Wollaston, an outspoken opponent of Brexit, left the Conservatives in February to form Change UK, before switching to the Liberal Democrats.

“Add your name now to show them they can’t get away with it.”