They are also upset at Labour deputy leader Angela Rayner branding the Conservatives as 'racist' and 'scum'. 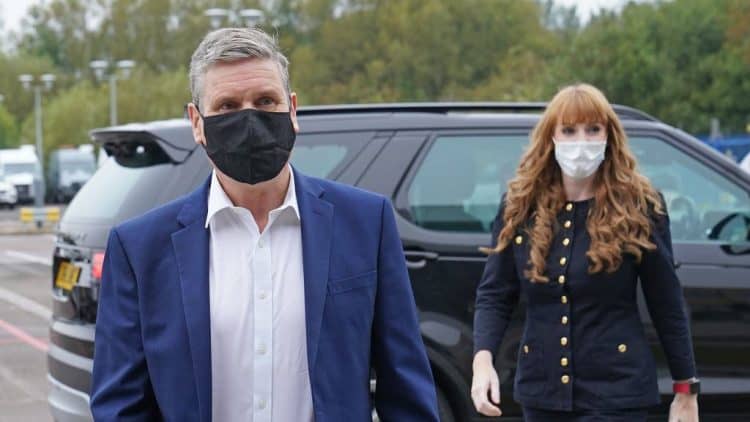 Three Labour MPs are reportedly considering defecting to the Conservatives due to disillusionment with Sir Keir Starmer’s leadership.

According to reports in The Mail on Sunday, a handful of MPs decided to ‘open lines of communication’ with Tory whips about switching parties at the party conference last week.

They are understood to be in despair at Sir Keir’s failure to make inroads into Boris Johnson’s opinion poll lead – with just 28 per cent of voters saying they think Sir Keir looks like a prime minister in waiting.

They are also upset at Labour deputy leader Angela Rayner branding the Conservatives as ‘racist’ and ‘scum’.

If the MPs did ‘cross the floor’ to join the Tory Party it would be the first time since Reg Prentice defected in 1977, and would come as a crushing blow to the new leader as he looks to coax back votes ‘lent’ to the Conservatives in 2019 in Red Wall seats.

Early reaction to the news can be found below: