The former speaker barred the outgoing president from addressing the House in 2017 citing his “opposition to racism and sexism.” 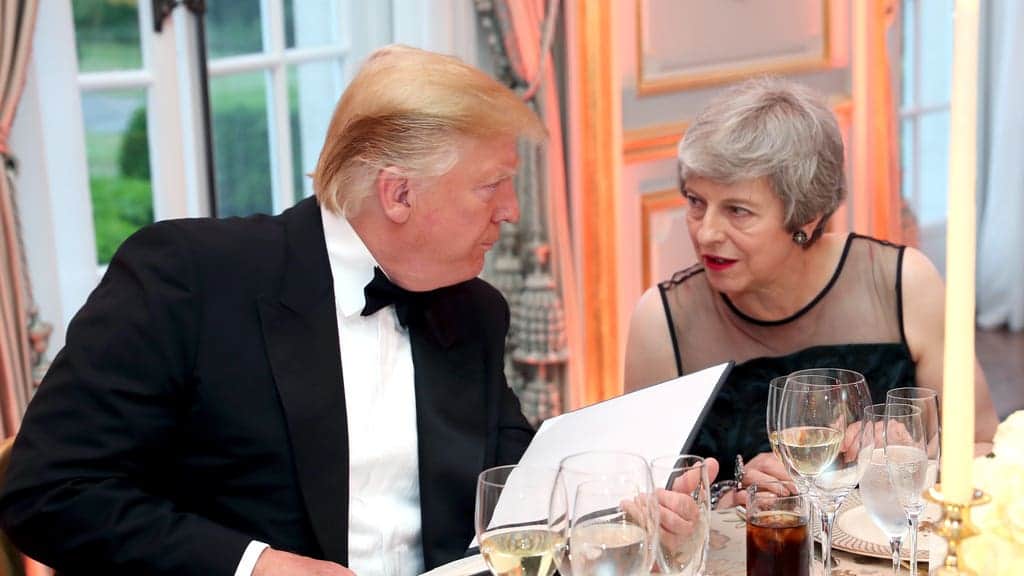 Former Commons speaker John Bercow has criticised the eagerness shown by Theresa May to “pay homage to Donald Trump” during the early days of his controversial presidency.

Ex-prime minister Mrs May was the first foreign leader to meet the US president in January 2017 when the pair held bilateral discussions in Washington only days after his inauguration.

The former leader of the Conservative Party also extended an invite to Mr Trump for a state visit to the UK soon after his shock election victory in November 2016.

His visit to the country in June 2019 – which made him only the third US president to enjoy the full regalia of a state visit – was one of the final acts of the May premiership before she was replaced by Boris Johnson the following month.

Mr Trump was publicly critical of Mrs May’s Brexit negotiating position with the European Union and regularly talked up her rival, Mr Johnson.

Former MP Mr Bercow, who stood down as speaker in November 2019, said: “I thought it was a great pity for a start that Theresa May rushed to pay homage to Donald Trump.

“She seemed almost breathless in her quest to get him to come to this country and speak here.”

The former speaker said: “He, as we know, is notoriously thin-skinned (and) turned on her.

“And OK, her efforts on Brexit were fruitless and often maladroit, but he then conducted a running commentary on those efforts, undermining her at every turn.

“So I think she probably realised that currying favour with him was ultimately ineffective and maybe even counterproductive.”

There are currently Stateside calls for Mr Trump to be impeached – despite having less than two weeks left in the White House before president-elect Joe Biden takes the reins – for inciting the riots which saw protesters occupy the Capitol building in Washington this week. Five people, including a policeman, died during the mayhem.

The US president has regularly – and falsely – cast doubt on the legitimacy of November’s US election, in which he was defeated by Democrat rival Mr Biden.

On Friday, Mr Trump had his Twitter account, which he had used to air his views on a daily basis during his term in the Oval Office, permanently suspended “due to the risk of further incitement of violence”, according to the social media firm.

Related: NHS is facing ‘the most dangerous situation anyone can remember’, Chris Whitty says