"If Theresa May thinks your policing bill is needlessly draconian and authoritarian, it's possible you may have gone a bit too far," Nick Pettigrew said. 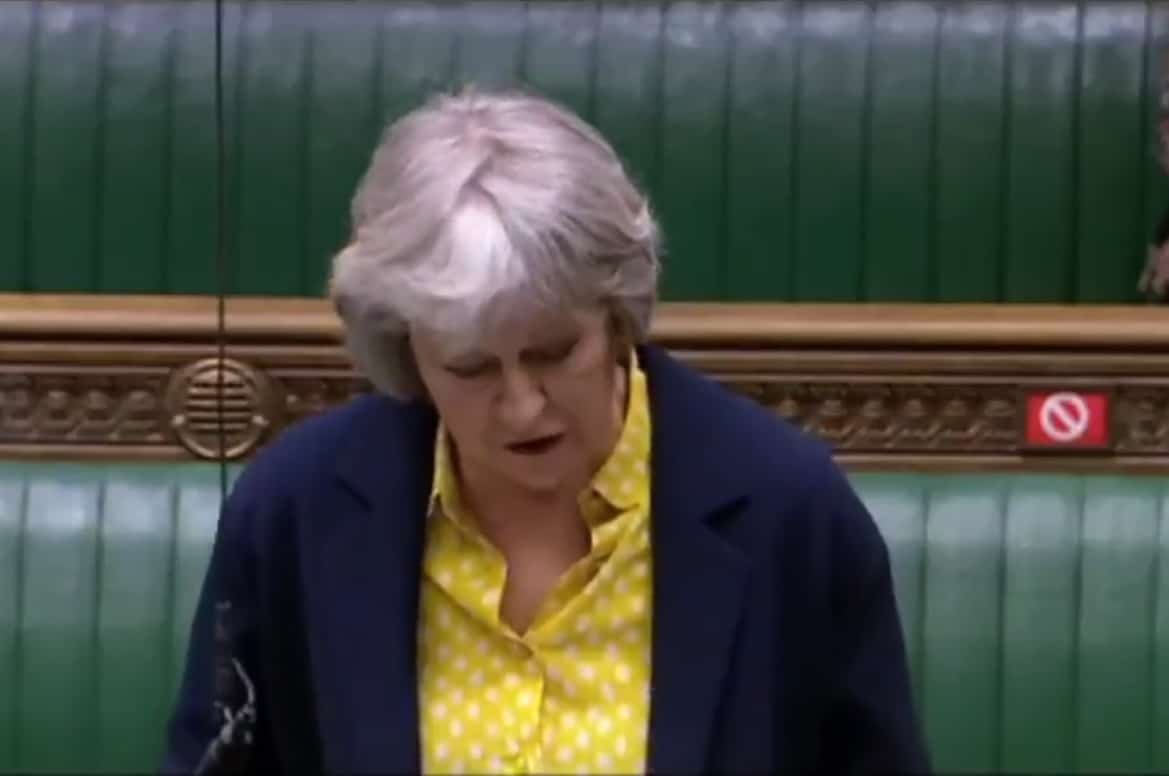 Theresa May, who was responsible for rolling hostile environment policies as home secretary, has cautioned her predecessor to think twice about the policing bill which could infringe on our freedoms.

The home secretary was urged by MPs to drop “embarrassing” proposals from the Police, Crime, Sentencing and Courts Bill.

The legislation would give police in England and Wales the power to impose conditions on non-violent protests judged to be too noisy and thereby causing “intimidation or harassment” or “serious unease, alarm or distress” to the public.

Time and noise limits could be imposed as a result of the measures in the Bill.

Conservative former prime minister Theresa May said some of the definitions around noise and nuisance “look quite wide” and must be re-examined, adding: “I would urge the Government to consider carefully the need to walk a fine line between being popular and populist. Our freedoms depend on it.”

The Police Bill is too illiberal even for Theresa May! https://t.co/zpGMfFIZGZ

Moving the legislation at second reading, where MPs consider the principle of it, Ms Patel told MPs that police must respond with “proportionate” action to protests under the proposed regime.

She said: “The right to protest peacefully is a cornerstone of democracy and one this Government will always defend. But there is a balance to be struck between the rights of the protester and the rights of individuals to go about their daily lives.

“The current legislation police use to manage protests, the Public Order Act 1986, was enacted over 30 years ago.

“In recent years we’ve seen significant change in protest tactics, with protesters exploiting gaps in the law which have led to disproportionate amounts of disruption.

“Last year we saw XR (Extinction Rebellion) block the passage of an ambulance on emergency calls, gluing themselves to trains during rush hour, blocking airport runways, preventing hundreds of hard-working people from going to work.

“This Bill will give police the powers to take a more proactive approach in tackling dangerous and disruptive protest. The threshold at which the police can impose conditions on the use of noise at a protest is rightfully high.

“The majority of protesters will be able to continue to act, make noise as they do so now, without police intervention. But we are changing it to allow the police to put conditions on noisy protest that cause significant disruption to those in the vicinity. As with all our proposals, the police response will still need to be proportionate.”

If Theresa May thinks your policing bill is needlessly draconian and authoritarian, it's possible you may have gone a bit too far.

Mrs May voiced “some concerns” over the proposals, telling the debate: “I absolutely accept that the police have got certain challenges, for example when people glue themselves to vehicles or the gates of Parliament.

“But freedom of speech is an important right in our democracy, however annoying or uncomfortable sometimes that might be, and I know there will be people who will have seen scenes of protest and will have said, ‘why isn’t the Government doing something?’, to which the answer in many cases may simply be because we live in a democratic, free society.

“So I do worry about the potential unintended consequences of some of the measures in the Bill which have been drawn quite widely. Protests have to be under the rule of law, but the law has to be proportionate.”

Shadow home secretary Nick Thomas-Symonds said placing restrictions on the right to protest would “do great damage to our democracy”.

Labour plans to oppose the Bill at second reading, and Mr Thomas-Symonds said: “Our existing laws on protest strike a careful balance between legitimate rights and the need to keep order.

“What our laws on protest do not do, and should never do, is seek to shield those in power from public criticism and public protest.

“And we on these benches will oppose a Bill that puts at risk the whole right to protest, hard won by previous generations, that is part of the fabric of British democracy.”

Yvette Cooper, Labour chairwoman of the Home Affairs Committee, urged Ms Patel to “withdraw” the section of the Bill on protests, reconsult and try to build consensus.

The Bill is wide-ranging, with other measures including a doubling of the maximum penalty for assaults on emergency workers from 12 months to two years imprisonment, and sentences of up to 10 years for damaging statues and memorials.