The PM’s campaign visit to Glastonbury was diverted to Wells amid security concerns over an Extinction Rebellion protest outside the original venue. 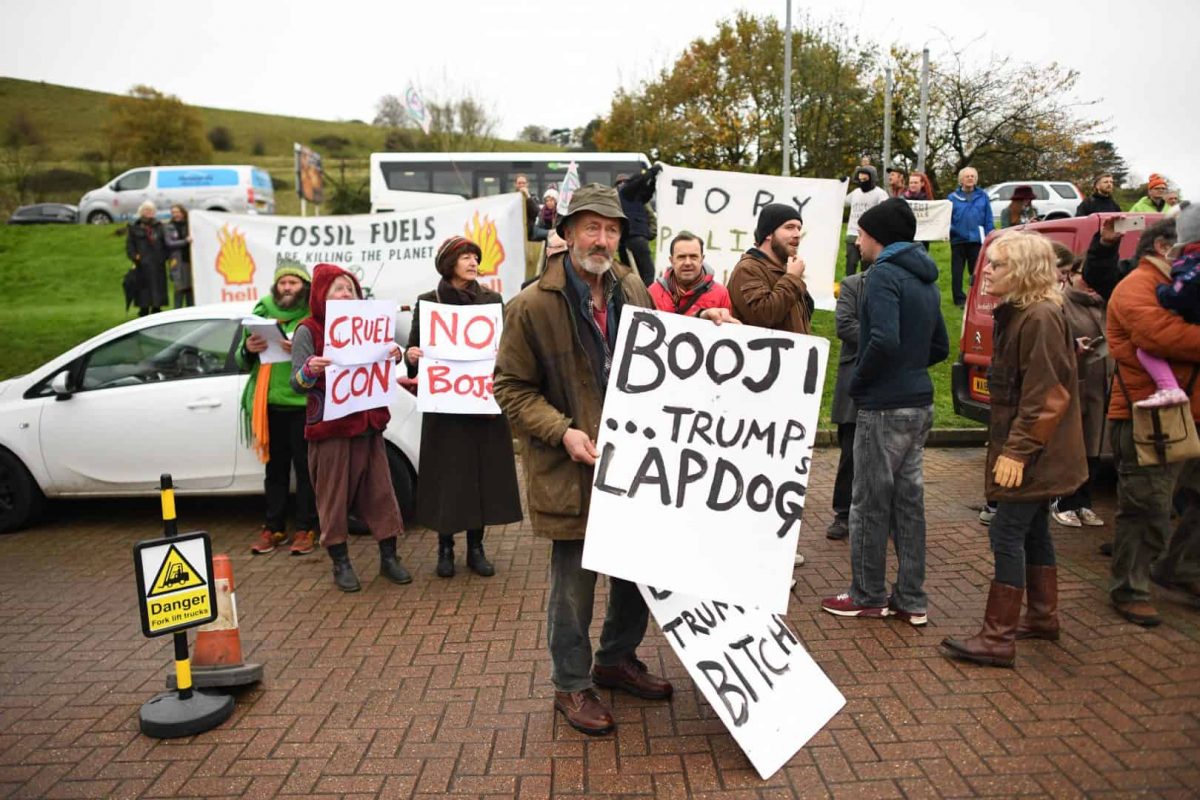 Extinction Rebellion activists were positioned outside Burns The Bread in Glastonbury, Somerset, prompting a decision to divert the Prime Minister to one of the company’s shops in Wells.

Signs held by the protesters included one reading “Greedy fat Tory clown” and another which had Mr Johnson’s face with the word “Twat” written on it.

“There were lots of crusties there”

The PM’s team opted to switch location and he did not arrive at the Adlam Central Park venue.

Instead, Mr Johnson received a warm welcome in Wells and he served sausage rolls and pasties to customers.

Reflecting on the change of plan, he said: “There were lots of crusties there – more crusty than your loaves.”

The Prime Minister then went on a short walkabout in Wells High Street, where he was cheered and welcomed by several people although there was some heckling from a handful of others.

He also visited a card shop, where he was presented with a card featuring a bulldog with a mop of blond hair located in Downing Street.

But Lynnsey Kelly, who runs a flower shop in the city, said of the Mr Johnson’s visit: “Right at this very moment in time are there not more important things to be done in this country than the Prime Minister coming to somewhere like Wells and serving pasties to people and having a photo opportunity?

“It is absolutely disgusting.”