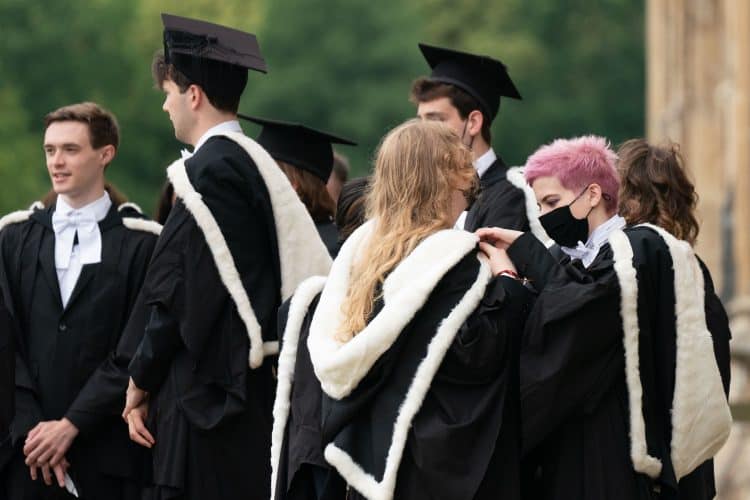 Officials from No 10, the Treasury and the Department for Education have engaged in “lively” talks about a possible cut to fees – but struggled to reach an agreement before Rishi Sunak’s Budget, according to The Guardian.

The move would follow the 2019 Augur review of higher education, which recommended tuition fees were cut from £9,250 to £7,500 as part of an overhaul of university funding.

Treasury officials are reportedly pushing to cut fees to £8,500, which would reduce the amount undergraduates have to borrow – and the amount of unpaid debt picked up by the state if the fees aren’t repaid within 30 years.

But the cut is said to have been opposed by officials at the Department for Education and No 10, who warned it could devastate universities’ finances when they are already under pressure from rising inflation.

Ministers have also considered cutting the threshold at which graduates repay their tuition and maintenance loans – from just over £27,000 to £23,000 – as part of an overhaul of student financing designed to save billions for the Treasury.

Meanwhile Rishi Sunak will on Wednesday hail his Budget as ushering in a “new economy” after the coronavirus pandemic as he confirms billions of pounds of funding for the NHS and wage rises for millions of workers.

The Chancellor is to bill his tax and spending plans on Wednesday as preparing an “economy fit for a new age of optimism” as the nation recovers from the hardship of Covid-19.

But his speech, along with accompanying forecasts from the Office for Budget Responsibility, should shed light on the impact on the economy of the supply chain crisis, worker shortages and rising prices.

After 18 months of high spending, Sunak will have the opportunity to restore his conservative credentials by setting out a plan for bringing borrowing under control.

But while he will confirm a rise of the “national living wage” to £9.50 from April and the end of the pay freeze he imposed on public sector workers, the devil will be in the detail.

Ministers have so far refused to say whether the increase for state employees such as teachers, nurses and police officers will be a real-terms increase by being higher than inflation.

During his speech, Sunak is expected to say: “Today’s Budget begins the work of preparing for a new economy post-Covid.

“An economy fit for a new age of optimism. That is the stronger economy of the future.”

Related: Is Rishi Sunak about to U-turn on Universal Credit?