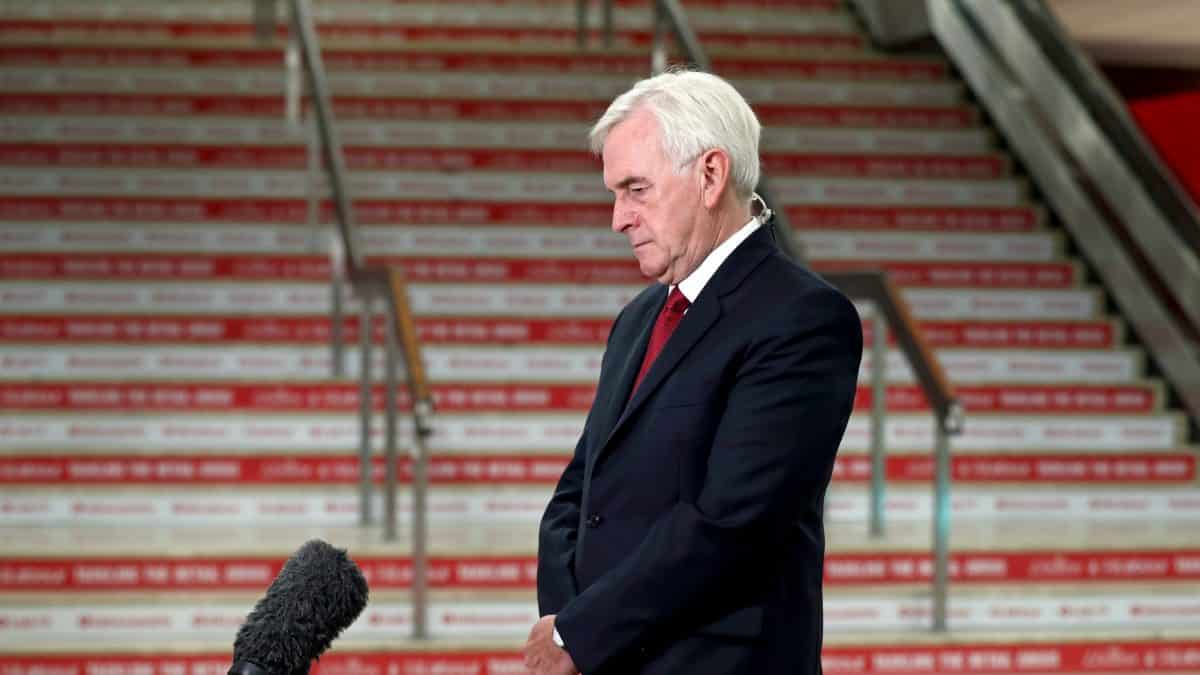 Election Maps UK has today revealed private polling seen by Labour officials before they agreed to a general election in December.

The YouGov poll, which has resurfaced following the publication of serialised extracts of Left Out in The Times , shows that Labour was heading for its worst election result since 1918 – which turned out to be correct.

According to sources within the party former shadow chancellor John McDonnell attended the private meeting where the party’s campaign strategists revealed the disastrous numbers.

It is said the findings “turned the optimism of Jeremy Corbyn’s inner circle on its head” and were “difficult to stomach”.

Despite the shock success of the party’s performance in 2017, Corbyn’s inner election team were hit with predicted wins for just 138 of their MPs, which would equate to Labour’s worst result since 1918.

Ian Lavery, then-chair of the party, was also at the meeting and was reportedly “in no mood to listen”, shouting that “people in the North just won’t vote Tory” and accusing YouGov of being a “Tory firm”.

But despite Lavery’s scepticism, YouGov pollster Marcus Roberts would prove to be correct in his assessment of Corbyn’s chances, telling the BBC’s Today programme shortly before campaigning began that “the souffle never rises twice”.