The health secretary could have used a vote of confidence from the Queen. Alas, it was not forthcoming. 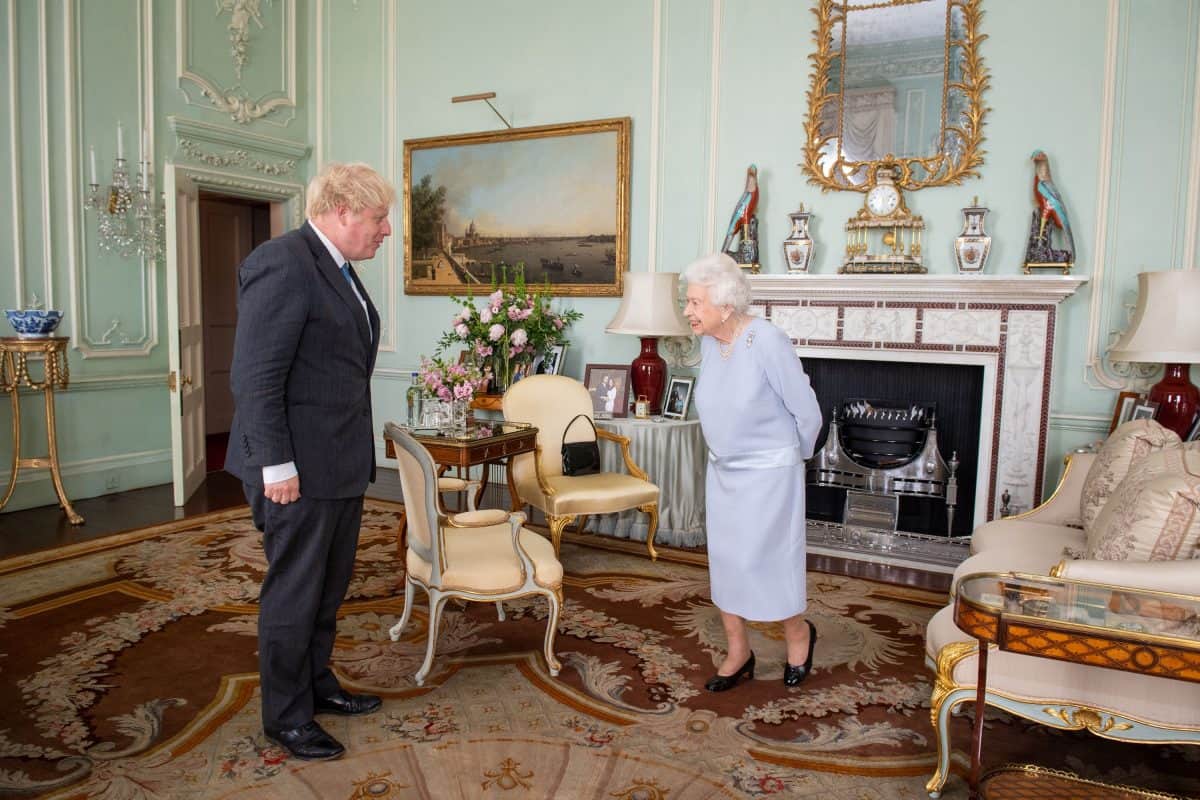 The Queen has held her first in-person weekly audience with the prime minister since before lockdown.

Boris Johnson met with the monarch at Buckingham Palace on Wednesday afternoon.

The Queen told him: “I’ve just been talking to your Secretary of State for Health – poor man. He came for Privy Council. He’s full of…”

Johnson replied: “Beans”, but the Queen continued: “He thinks that things are getting better.”

The prime minister replied: “They are. In the sense that we’re….”

Cummings has said Hancock should have been fired over coronavirus failings and “criminal, disgraceful behaviour” on the testing target.

The monarch and the PM, who were together at the G7 summit earlier this month, have conducted their audiences by telephone ever since the coronavirus pandemic swept through the nation.

The Queen referred to Health Secretary Matt Hancock as "poor man" at first in person meeting with Boris Johnson since lockdown beganhttps://t.co/L8AVTZ1cCv pic.twitter.com/0E03csvo0m

The Queen welcomed Johnson to her private audience room, where her black handbag could be seen perched on a nearby chair.

“Good afternoon. It’s very nice to see you again,” the monarch said with a broad smile.

Johnson said: “Lovely to see you again. It’s been 15 months.”

The Queen replied “Has it really? 15 months. It’s most extraordinary, isn’t it?”

A week later on 18 March they switched to speaking on the telephone instead as the Queen prepared to socially distance herself at Windsor Castle.

She retreated to the Berkshire royal residence into what was dubbed HMS Bubble with the Duke of Edinburgh just before England went into its first national lockdown.

Johnson and the Queen were pictured speaking by phone from Downing Street and Windsor on 25 March last year.

On Wednesday, the Queen, 95, in a lilac dress, was photographed with the PM in her Private Audience Room at the central London palace.

It is believed to be the first time the Queen has been at the palace for six weeks since she attended the State Opening of Parliament in May.

Much has happened politically and personally since the head of state and the PM last had a face to face audience, with the country emerging bruised and battered from the worst public health crisis for generations.

Philip – the Queen’s husband of 73 years – died aged 99 in April, and the monarch has also been facing the long fallout from the Duke and Duchess of Sussex’s departure and the repercussions from Harry and Meghan’s bombshell Oprah Winfrey interview.

Johnson tested positive for Covid-19 in March 2020 just over two weeks after his final in-person audience with the Queen, but the monarch stayed in good health.

Related: Palace admits it ‘must do more’ to improve ethnic diversity

Rees-Mogg maintains MPs were not ‘manhandled’ – despite photo evidence emerging